Nassau County detectives responded to a call Sunday about the suspects using a reciprocating saw to remove catalytic converters from several vehicles in the area of Clement Avenue in Elmont.

Once police arrived, they arrested Geordan Campbell, 19, of Manhattan and Tevin Reid, 20, of the Bronx. They are accused of stealing numerous catalytic converters on Hunnewell Avenue and Louis Avenue between 5 a.m and 8:25 a.m. 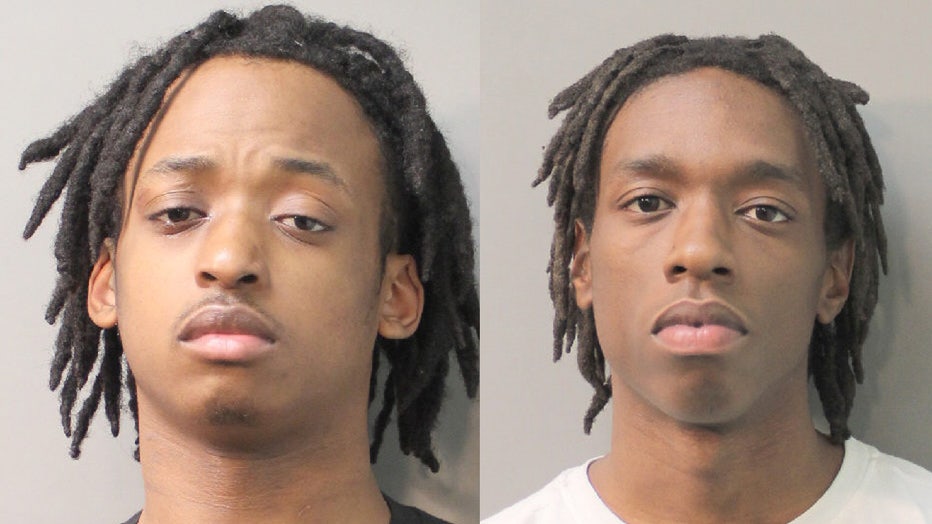 Geordan Campbell (right) and Tevin Reid (left) are accused to trying to steal catalytic converters from cars on Long Island.

They were expected to be arraigned on Monday in First District Court in Hempstead.

Nearly a dozen catalytic converters were stolen from vehicles in a span of just four days — a prime illustration of the nationwide spike in thefts of the vehicle component, which can fetch big bucks on the scrap market.

Between April 29 and May 2, six catalytic converters were stolen from cars parked in Roosevelt, two from cars in Roslyn Heights, two from New Hyde Park, and one from Williston Park, police said.

Police departments in several parts of the United States have seen a rise in thefts of catalytic converters in recent years, prompting the National Insurance Crime Bureau, or NICB, to warn car owners about the costly trend.

A catalytic converter is a large metal device installed on the car's exhaust system that filters hazardous gasses from the engine. It contains precious metals such as rhodium, palladium, and platinum. One ounce of rhodium was recently priced at nearly $18,000, according to MetalsDaily.com.

"As the value of the precious metals remains high, so do the number of thefts of these devices," NICB warned in a blog post. "There is a clear connection between times of crisis, limited resources, and disruption of the supply chain that drives these thefts."

Recycling facilities will typically pay people between $50 to $250 per catalytic converter, according to NICB. But the cost to replace one could cost you a lot more cash, depending on your insurance coverage, not to mention the time and hassle.

A thief can steal a catalytic converter in mere minutes using common tools.

The process can be deadly, though. Police in North Carolina reported an incident where a jacked-up vehicle slipped and fell on the would-be thief, killing him. And cops in California said a car ran over a man who was in the middle of trying to steal its catalytic converter.