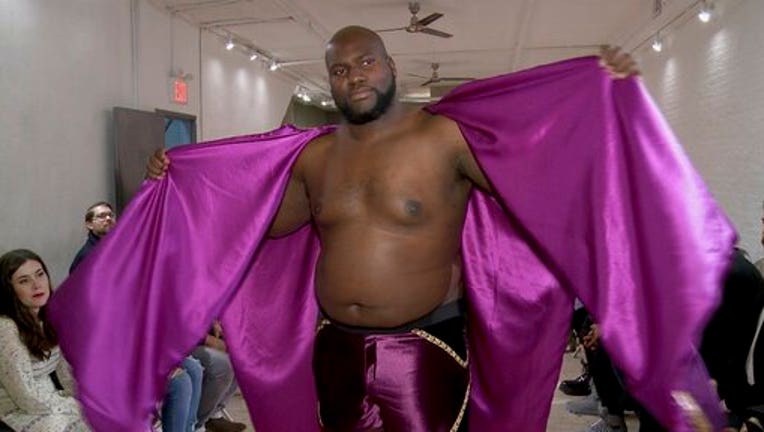 Daniel Jean walks the runway Wednesday, Feb. 12, 2020, in a fashion show aimed at shining a light on male body shaming issues and the importance of the male body positivity movement.(AP Photo/Aron Ranen)

NEW YORK (AP) — The debate over unrealistic body ideals for women is a long-standing one, but the same discussion over expectations for men hasn't reached the same cultural pitch.

That was the motivation behind Ryan's Secret, a different kind of show at New York Fashion Week that featured plus size men proudly baring skin.

"Especially being a big guy myself, going for job interviews, if you're not looking like some studly guy, sometimes you don't get the job. Just like Barbie has the same issues, Ken has even more,” said 36-year-old Joseph Diaz, one of the models at Wednesday night's show.

Diaz walked in black embellished bicycle shorts and a matching cape for the gods-themed show.

Organizers want to bring awareness to young men who experience depression and commit suicide because of body shaming and bullying. They also point to steroid abuse and men who submit themselves to punishing gym routines to attain superhero bodies.

“Yeah, I'm body positive, I think it's a good message to show people that you love your body, you love yourself,” said model Daniel Jean. "You know it's hard out there the way the media portrays you, you know, especially when you're a big guy.”

Jean walked in royal purple satin. He was among 15 plus size men to participate. 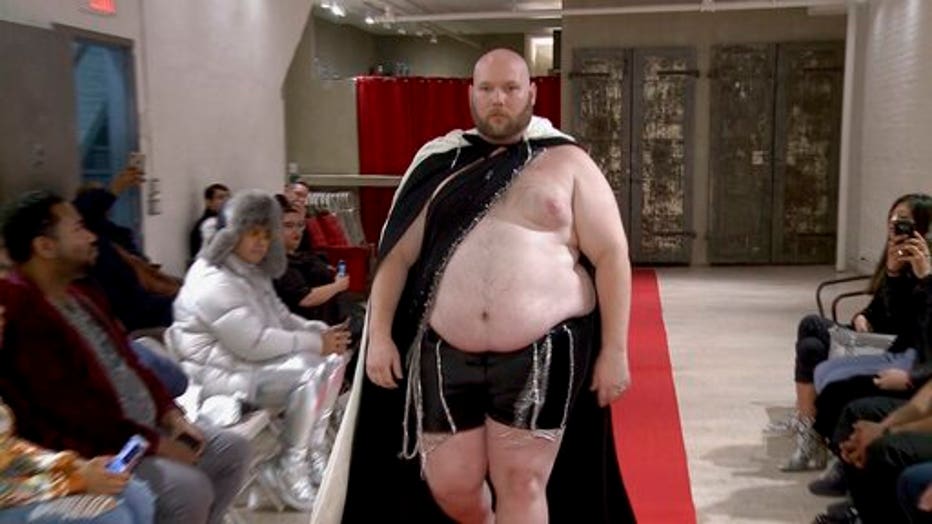 Joseph Diaz walks the runway in a fashion show Wednesday, Feb. 12, 2020, aimed at shining a light on male body shaming issues and the importance of the male body positivity movement. (AP Photo/Aron Ranen)