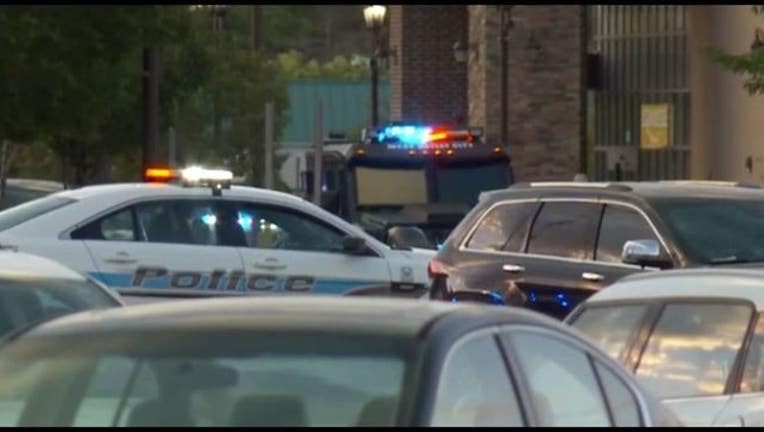 Police say it happened Tuesday night in a mall in the Salt Lake City suburb of West Valley City.

A group of people was gathered in the middle of the mall for a musical performance when a sign fell over and made a loud noise.  Someone yelled "shots" and the crowd panicked.  Some ran, some hid in stores.

The West Valley City police responded along with other police departments and several stores and restaurants inside the mall went into lock-down mode.

A movie theater in the Valley Fair Mall was also evacuated.

Police quickly determined that the sign falling over was the source of the chaos.  A few fights broke out among the crowd of mostly youngsters who were there for the concert and a few arrests were made for disorderly conduct.