FAA cracks down on unruly passengers with new PSA

The Federal Aviation Administration (FAA) wants airlines to do more to address the high number of incidents involving violent or unruly passengers.

The FAA met Tuesday with the Regional Airline Association and Airlines for America — who represent airlines like Delta, American and United. According to a statement reviewed by Reuters, the group discussed "ways the industry can work together to reduce the number of unruly passenger incidents."

The FAA was mum on specifics of the meeting, opting to lean on a tweet FAA Administrator Stev Dickson sent Tuesday, thanking each of them, plus the National Air Carrier Association.

"Let me be clear: Aviation safety is a collaborative effort. Thank you to @AirlinesDotOrg, @RAAtweets and NACA for your continued partnership and substantial work to help reduce unruly behavior," Dickson’s tweet read. "Look forward to continuing our work together to protect passengers and crew."

Airlines for America told FOX Business that the organization is on board with the FAA's initiatives "aimed at preventing and responding to unruly passenger incidents."

Since the beginning of the COVID-19 pandemic last year, the FAA’s agency has seen an uptick in incidents. Viral videos often circulate the web, showing chaos aboard airplanes and inside airport terminals. Many have involved passengers who don’t want to comply with President Joe Biden’s federal mask mandate. 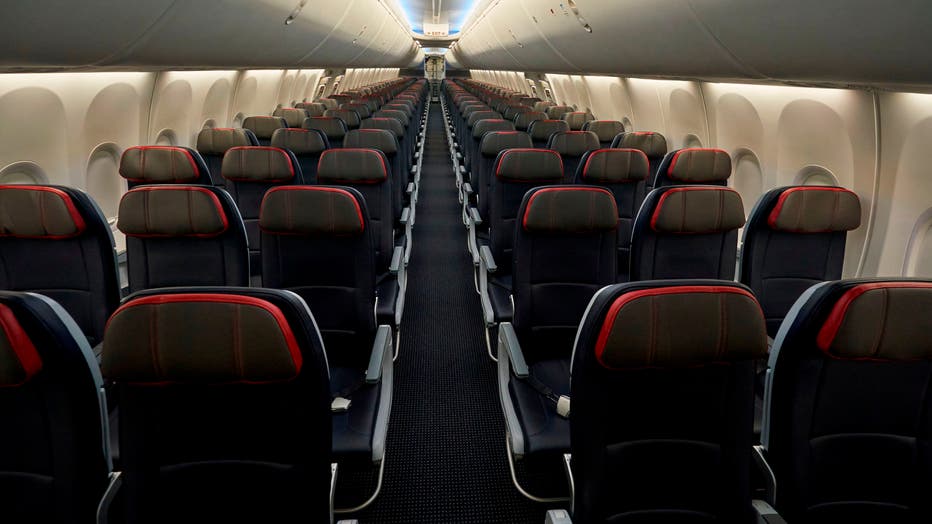 An interior view of an American Airlines B737 MAX airplane is seen at Dallas-Forth Worth International Airport in Dallas, Texas on Dec. 2, 2020. (Photo by COOPER NEILL/AFP via Getty Images)

Others involve passengers fighting each other or assaulting flight crew members.

In January, Dickson signed an order, enacting a zero-tolerance policy. But this year alone, the FAA had received 4,385 reports of unruly passengers by Sept. 21. Mask-related incidents accounted for 3,199 reports.

Countless flights have either been delayed by a non-compliant passenger or have ended with law enforcement waiting at the gate after landing. But in a letter sent to airports in August, Dickson said many of those people were simply interviewed by police before being released without criminal charges.

The FAA lacks the legal authority to prosecute violators, but it can impose civil penalties — like hefty fines. Historically, the FAA turned to fines after attempted warnings and counseling. But under the zero-tolerance policy, the FAA moves straight to imposing heavy fines.

In one incident, a woman allegedly shoved a flight attendant who had asked her to wear a mask, and the FAA proposed a civil penalty of $20,000 for the purported offense. In another, a flight had to be diverted because a passenger allegedly yelled at attendants and began banging on the door of the flight deck demanding that the phone charger in her seat be fixed, FOX Business reported.