After an all-night rescue operation in freezing temperatures involving more than 700 personnel, rescuers were able to confirm that 151 people were safe, out of a total of 172 participants. Twenty-one had died, according to the official Xinhua News Agency, which said the runners suffered from physical discomfort and the sudden drop in temperature.

The runners were racing on an extremely narrow mountain path at an altitude reaching 2,000-3,000 meters (6,500-9,800 feet). The 100-kilometer (60-mile) race was held Saturday in the Yellow River Stone Forest tourist site in Baiyin city in Gansu province.

Participants were not rookies. One of the deceased was a well-known runner Liang Jing, who had won a 100-kilometer (62-mile) race in Ningbo, reported the Paper, a state-backed newspaper based in Shanghai.

A woman who worked for the race organizer, Gansu Shengjing Sports Culture Development Co., said there were no predictions of extreme weather for the day of the race, according to Beijing News, a paper owned by the Beijing city government.

However, Baiyin city's local branch of the National Early Warning Information Center had warned for the past three days of hail and strong winds.

The race also followed a relatively established course, having been held four times, according to an account posted online by a participant in the race who quit and managed to make his way to safety.

But the weather caught them off guard, and on the morning of the race Saturday, he already sensed things were not normal. The runners were not dressed for winter-like conditions, many wearing short-sleeved tops.

"I ran 2 kilometers before the starting gun fired to warm up ... but the troublesome thing was, after running these 2 kilometers, my body still had not heated up," the competitor said in a first-person account that has been viewed more than 100,000 times on his WeChat account "Wandering about the South." 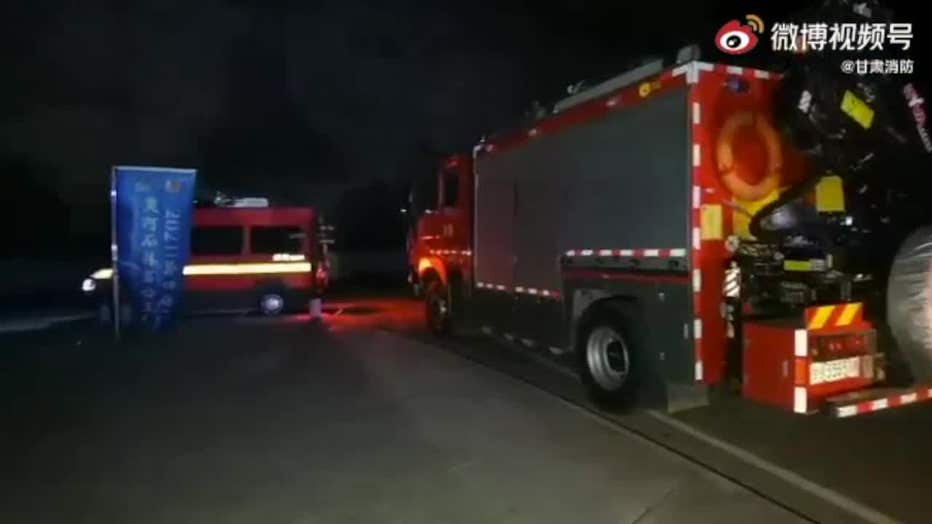 He later told the Paper that the forecast the day prior to the race did not predict the extreme weather they encountered.

When he finally decided to turn back, he already felt dazed. He said he was able to make it to safety and met a rescue crew. He did not respond to a request for comment left on his social media account.

Some runners farther along the course had fallen off the trail into deep mountain crevices, according to a reporter for state broadcaster CCTV. It was not clear how many of them survived.

Online, some wondered what, if any preparations organizers had made in the event of an emergency. The race organizer did not immediately respond to calls seeking comment Sunday.

Baiyin city Mayor Zhang Xuchen held a news conference later Sunday and profoundly apologized as the organizer of the event. The government promised a full investigation.

"We express deep condolences and sympathy to the families of the victims and the injured," the mayor said.