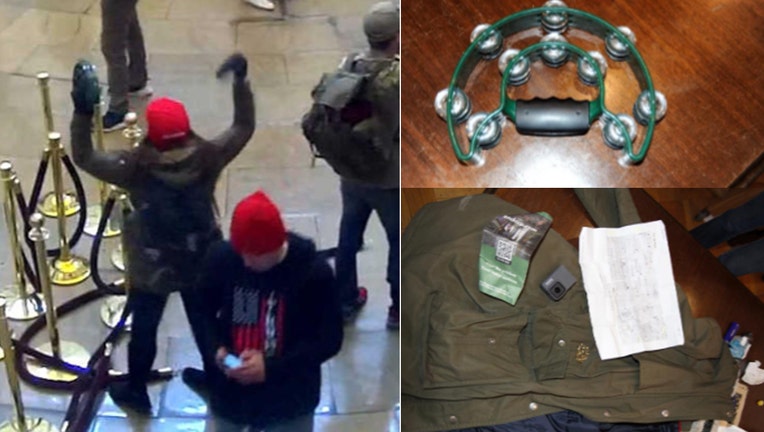 A composite of images released by the Justice Department shows Sara Carpenter in the Capitol, her tambourine, and her coat.

NEW YORK - The FBI arrested a former spokesperson for the New York City Police Department on Tuesday in connection with the insurrection at the U.S. Capitol.

Sara Carpenter, a retired police officer who lives in Richmond Hill, Queens, drove to Washington the night before the deadly Jan. 6 siege and took video as the chaos unfolded inside the Capitol Rotunda, the FBI said in court filings.

She was also seen shaking a tambourine in the building.

Carpenter, who retired from the NYPD in 2004, surrendered Tuesday morning and later appeared in Brooklyn Federal Court.  Prosecutors say she cooperated with the investigation and even sent them video she had taken inside the Capitol building.

The NYPD said it worked closely with the FBI's Joint Terrorism Task Force on Carpenter's arrest.

The FBI said it first was alerted to Carpenter's presence inside the Capitol by an anonymous tip that included Carpenter's home address.