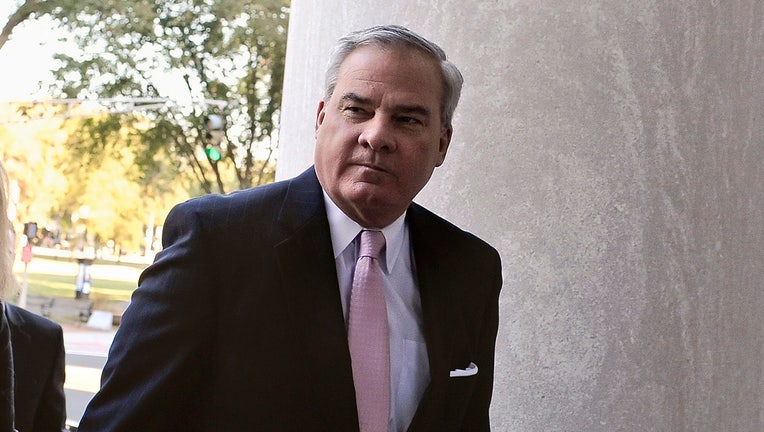 HARTFORD, Conn. - Former Connecticut Gov. John G. Rowland, who has served two stints in federal prison, has asked to be released early from the probationary period stemming from his most recent conviction so he can devote himself more fully to his job with a prison ministry.

Rowland, 62, is director of development for the Northeast region for Prison Fellowship, a Christian group that ministers to convicts.

In legal papers filed Tuesday, Rowland says as long as his three-year probationary term is in effect he is prevented by security rules in some states from escorting donors and volunteers into prisons, according to the Hartford Courant.

"Admission to these facilities is crucial to Mr. Rowland's responsibilities as director of development and would allow Mr. Rowland to be an even greater asset to the community," the legal filing said.

The Republican was Connecticut's governor from 1995 to 2004.

Rowland first sentence stemmed from a public corruption scandal when he was governor, and the second related to a plot to hide political consulting work for two congressional campaigns. He was released on probation in May 2018.

Federal prosecutors have yet to file their response to Rowland's request.