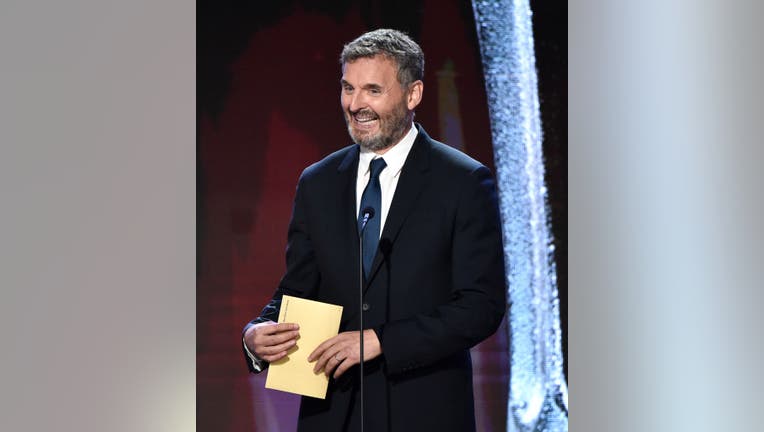 Famous screenwriter turned TV food host, Phil Rosenthal, is leading a philanthropic campaign for Americans who go out and vote on Election Day.

On Nov. 3, Rosenthal and his namesake charity, the Rosenthal Family Foundation, will host a national fundraising campaign called “Somebody Feed The People,” the 60-year-old star told The Hollywood Reporter.

"Food is not only a great unifier; it is also something many of us take for granted. We thought election season would be a perfect time to take hunger off the table at least for one meal while people are at the polls," Rosenthal shared with the outlet.

“Our mission is pretty simple — we just want to Feed the People who have chosen to show up to the polls and are facing long lines,” he continued.

Somebody Feed The People will reportedly be a non-partisan campaign. It will raise and donate money to different organizations that are dedicated to serving voter meals to those who will inevitably wait in long lines to make their voices heard.

So far, Rosenthal’s initiative has listed World Central Kitchen and Pizza to the Polls as partners. The organization is also looking to partner with local restaurants and food trucks, according to its website.

Rosenthal Family Foundation is matching monetary donations up to $250,000, the screenwriter told The Hollywood Reporter.

This generous campaign is a play on the name of Rosenthal’s Netflix food and travel show, “Somebody Feed Phil,” which will begin its fourth season on Oct. 30.

Outside of taste-testing food from around the globe, Rosenthal is most known for writing hit shows and films, including “Coach,” “Everybody Loves Raymond,” “Spanglish,” and “The Simpsons Movie.”