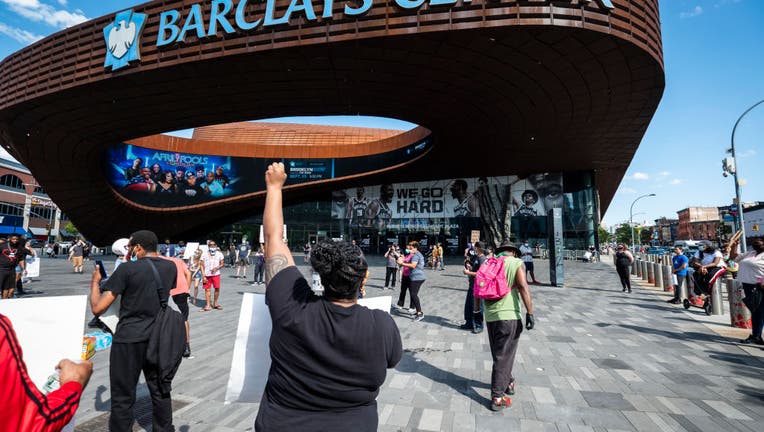 A protester holding a sign and a fist raised in the air outside the Barclays Center. Protesters took to the streets across America after the killing of George Floyd at the hands of a white police officer that was kneeling on his neck during his arres

“We mourn the senseless and devastating loss of George Floyd, Breonna Taylor, Ahmaud Arbery and countless others who lost their lives because of racial bias,” the statement reads. “Today, we stand up and speak up against all forms of racism - overt or subconscious - especially against the black community. We want to say ‘Enough is Enough.’”

The Barclays Center in Brooklyn, where the Nets play, has been the site of several large protests as the city has seen three nights of unrest against police brutality in the aftermath of the death of George Floyd.

“Our hearts are broken by the attacks on the personal safety and dignity of the Black community,” the statement continues. “While we feel the raw emotion, we call for a peaceful response in our joint fight against racism. This is not the time to be vengeful. This is a time to effect change.”