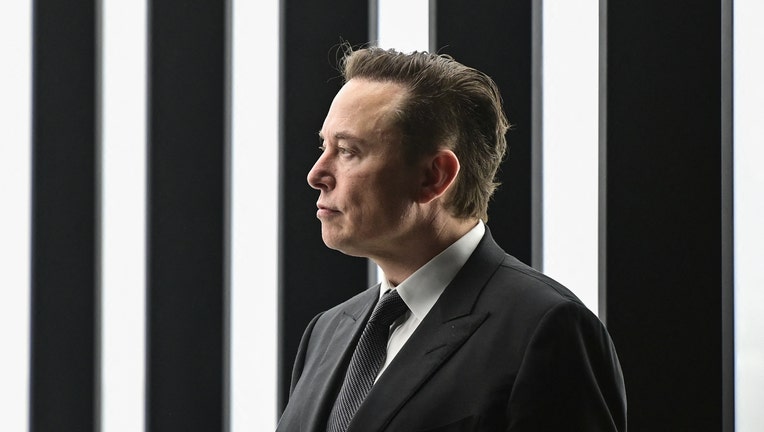 Tesla CEO Elon Musk is pictured as he attends the start of the production at Tesla's "Gigafactory" on March 22, 2022 in Gruenheide, southeast of Berlin. (Photo by PATRICK PLEUL/POOL/AFP via Getty Images)

Tesla CEO Elon Musk told employees in a series of emails that they must return to the office full-time or resign from the company.

The emails, obtained by Reuters and electric vehicle news site Electrek, said employees who want to work from home have to also work in the office "a minimum" of 40 hours a week or "depart" from the company. Tesla has not confirmed the emails’ authenticity, but Musk responded on Twitter to someone who shared the emails and said "they should pretend to work somewhere else."

The workers must also report to a main office where employees are based, not "a remote branch office unrelated to the job duties."

"The more senior you are, the more visible must be your presence," the world’s richest man said. "If there are particularly exceptional contributors for whom this is impossible, I will review and approve those exceptions directly."

Musk, who’s been openly critical of remote work, moved Tesla’s headquarters from the Bay Area of California to Austin, Texas, last year, but the company still has engineers and a factory in the San Francisco area.

Tesla’s new return-to-work policy also comes amid Musk’s bid to buy Twitter in a $44 billion deal. He made the offer in April, but later said the deal can’t move forward until he gets more information about how many accounts on Twitter are "bots" or spam.

Twitter shareholders have since filed a lawsuit against Musk, accusing him of unlawfully sowing doubt about his bid to buy the company. The lawsuit notes that Musk waived due diligence for his "take it or leave it" offer to buy Twitter.

To fund some of the acquisition, Musk has been selling Tesla stock and shares in the electric carmaker have lost nearly a third of their value since the deal was announced on April 25.