Actress Elle Fanning is the executive producer and star of the new Hulu series, The Girl From Plainville. "It is a heavy piece of material," said Fanning.

NEW YORK - Elle Fanning is one of Hollywood’s hottest young stars. Now she’s taking on the role of executive producer and starring in Hulu’s new crime series, ‘The Girl From Plainville.’

Based on true events, Fanning portrays Michelle Carter, who was convicted of involuntary manslaughter of her boyfriend Conrad Roy in a notorious texting suicide case.

"I did have to hesitate. I wasn’t an automatic yes. Because I think the subject matter is so heavy, and you want to make sure it’s handled with delicacy and I think I wanted to be a producer on it, because I wanted to have say to make sure that it was told right. And you feel that responsibility," said Fanning.

The first three episodes of The Girl From Plainville start streaming Tuesday, March 29 on Hulu.

As for the real-life Carter, she was released in 2020 from the Bristol County House of Correction in Dartmouth, Massachusetts after serving less than 10 months of her 15-month sentence. 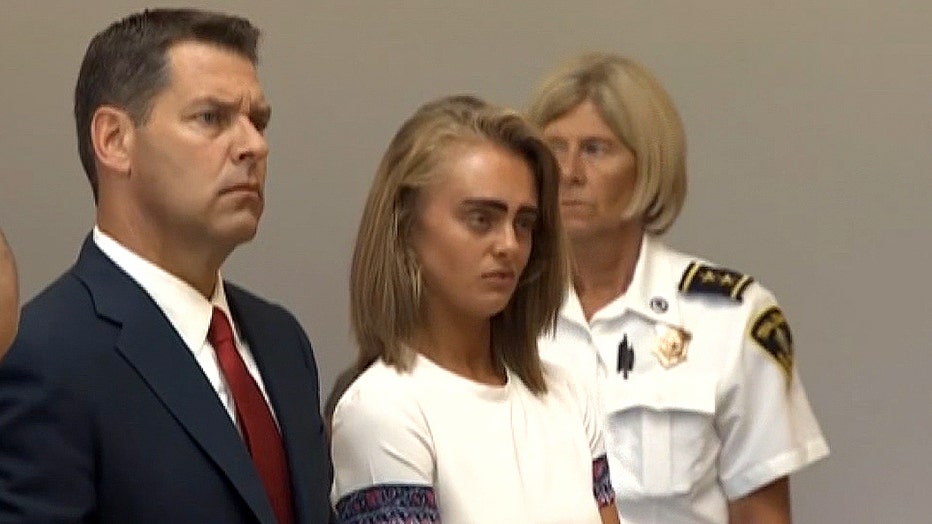 Carter's lawyers argued in their appeal that the conviction should be thrown out because it was an "unprecedented" violation of her free speech, raising crucial questions about whether "words alone" are enough to hold someone responsible for another person’s suicide.