2 hospitalized after falling down elevator shaft at Bronx Target

Two people were rescued Thursday after they fell down an elevator shaft at a Target store in the Bronx on Thursday.

NEW YORK - A Target employee and a teenager accused of shoplifting plunged down an elevator shaft at a Bronx store in a bizarre accident on Thursday morning.

The FDNY responded to a call from the store at around 11:15 a.m. on Exterior St. in the Concourse section.

The NYPD says a 16-year-old was being escorted out of the store for shoplifting by a 29-year-old store employee.  The pair started to scuffle and both ended up leaning against the elevator doors.

They opened and both of them fell down the elevator shaft.

The teen landed on top of the elevator and was rescued almost immediately, but it was more difficult to get to the second victim.

They cut a hole in a wall to get to the Target employee.

There was many emergency personnel at the scene during the rescue. 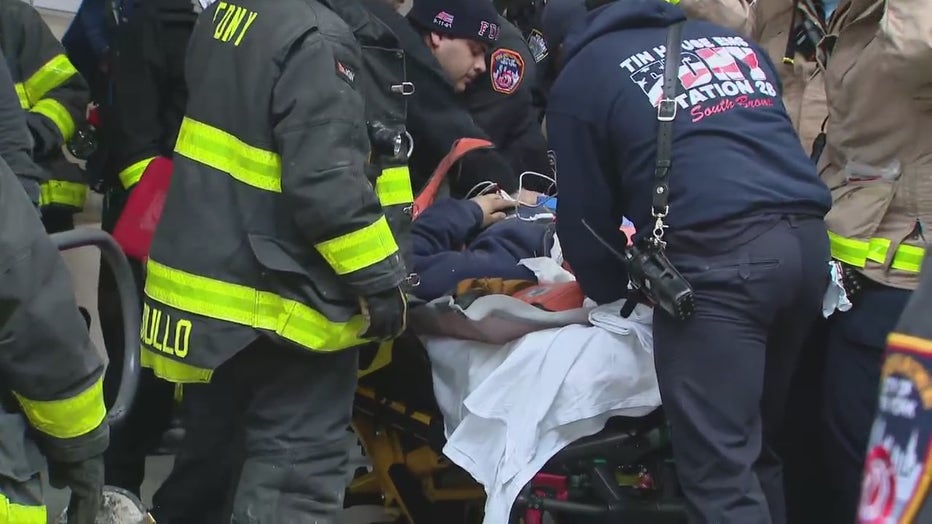 A victim was placed on a stretcher after being pulled from a Bronx elevator shaft.

The Target worker was removed from the shaft at around 12:30 p.m. They were in a neck brace as they were wheeled away to an ambulance.  They were rushed to Lincoln Hospital in critical condition.

The first victim was in serious condition at Harlem Hospital.

The large building complex holds several stores, including a Target and a Home Depot.

Two people were rescued from an elevator incident. One of the victims was injured.