NEW YORK - The New York City Police Department is looking for a man they say attacked an elderly woman on a Manhattan sidewalk. They released photos of the man they are looking for on Saturday. 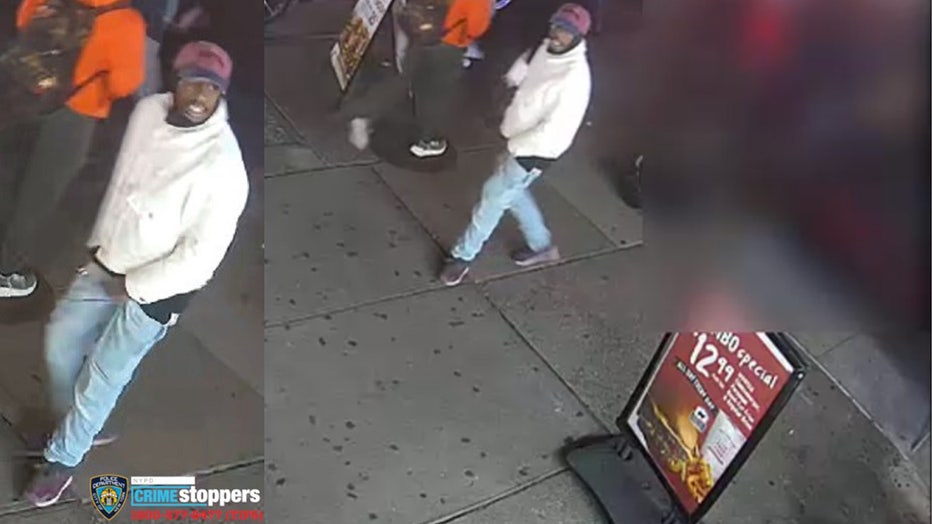 Police say the 71-year-old woman was walking in front of 485 7th Ave. Tuesday, Nov. 8 around 5:50 p.m. when the suspect bumped into her and forcefully pushed her to the ground, causing a fractured left elbow. The suspect then fled on foot. The victim was transported to a hospital.

The suspected is described as a male with dark complexion, in his 30's with a medium build. He was last seen wearing a light colored jacket, light blue jeans, black sneakers and a burgundy hat.

Last month, a 69-year-old man was punched and kicked in an attack by two men while he was walking on the sidewalk in Manhattan’s East Village, police say. 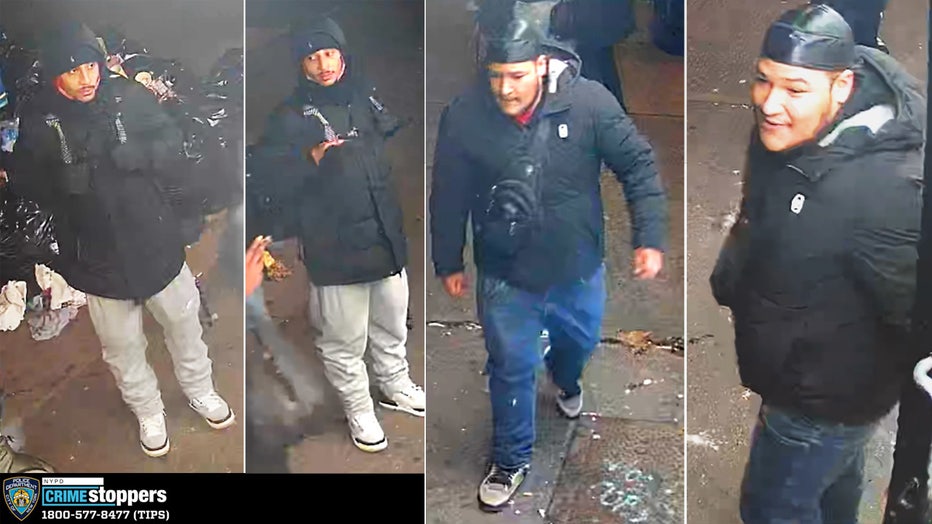 The pair then took off southbound on First Avenue.

The victim sustained injuries to his head, legs, and hands. EMS took him to Mount Sinai Beth Israel in stable condition.

The first attacker is described as a man around 25-years-old, 5'9" tall, with a medium complexion, a thin build, and a mustache.  He was last seen wearing a black watch cap, a black jacket, gray sweatpants, gray sneakers, and a backpack.

The second attacker is described as a man, also around 25-years-old, 5'9" tall, 250 pounds, with a medium complexion, a large build, and a chin strap-style beard.  He was last seen wearing a black du-rag, a black jacket, blue jeans, and gray sneakers.