Violence erupted on the streets of Mexico following the arrest of Ovidio Guzmán.

Organized crime paralyzed the western Mexico city of Culiacan, a stronghold of the Sinaloa drug cartel, as alleged cartel members carjacked residents and set vehicles ablaze on Thursday in apparent response to the arrest of a cartel leader.

Local and state authorities warned everyone to stay inside and said their federal counterparts would announce the results of the pre-dawn military operation.

Such outbursts of violence often come in response to arrests of important cartel figures as their allies attempt to create chaos.

Drug trafficking, along with immigration, is expected to be a top talking point as U.S. President Joe Biden travels to Mexico on Monday and Tuesday to meet with Mexcian President Andres Manuel Lopez Obrador and Canadian Prime Minister Justin Trudeau.

The Mexican drug kingpin Joaquin "El Chapo" Guzman has been sentenced to life behind bars in a U.S. prison, a humbling end for a drug lord once notorious for his ability to kill, bribe or tunnel his way out of trouble.

Sinaloa state security chief Cristóbal Castañeda warned citizens via Twitter, adding that the state was responding and would inform when they could.

The city of Culiacan posted on social media "Don’t leave home! The safety of Culiacan’s citizens is the most important." It said work was suspended for all municipal employees. State education authorities announced that all administrative and teacher activities were also suspended Thursday in Culiacan.

During his morning press conference, President Andrés Manuel López Obrador confirmed there was an ongoing operation in Culiacan, but they would share information on it later.

Culiacan has seen such displays before. One of the most notorious occurred in October 2019, when federal security forces corned Ovidio Guzmán, one of the sons of Sinaloa cartel leader Joaquin "El Chapo" Guzmán. When gunmen began shooting up the city with high-powered weapons, the government retreated and let the younger Guzmán escape. López Obrador said at the time he had made the decision to avoid the loss of life. 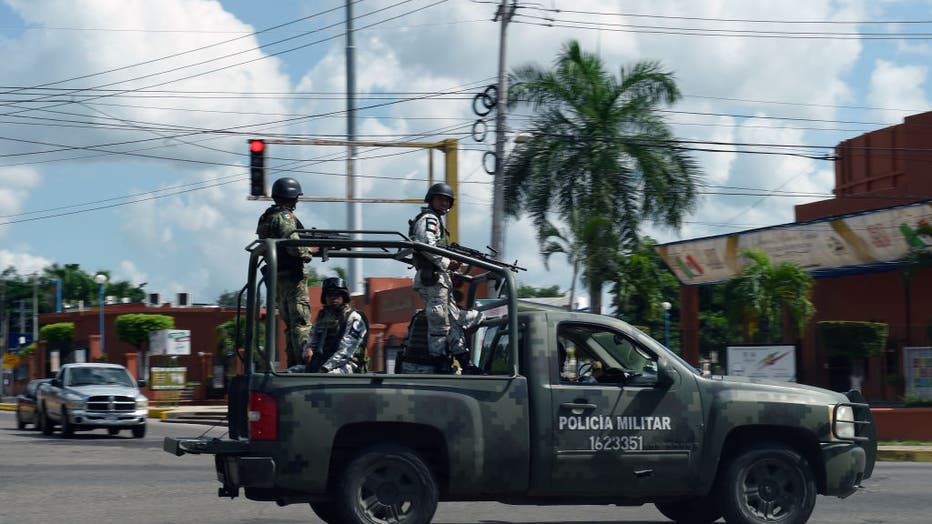 The 2019 debacle was a black eye for López Obrador’s administration in the realm of security and raised even more questions about Mexico’s commitment to battling the country’s powerful drug cartels.

López Obrador entered office highly critical of the toll of his predecessors’ drug war. He embraced the phrase "hugs, not bullets" to describe his approach to Mexico’s chronic violence, which would focus on social programs aimed at weakening the draw of organized crime.

On Thursday, Sinaloa Gov. Ruben Rocha said via Twitter that the operation took place in an area north of the capital called Jesus Maria and caused "violent events in the capital and other parts of the state." He called for calm and said federal authorities would announce the results.

Jesus Maria is apart from the city, but included in the municipality. Relatives of Ovidio Guzmán are known to live there, according to local news outlet Riodoce, which reported dozens of roadblocks across the city.

The U.S. embassy in Mexico published an alert for the state of Sinaloa Thursday saying there were "reports of gunfire occurring in multiple locations of the state, including Culiacan, Los Mochis and Guasave."