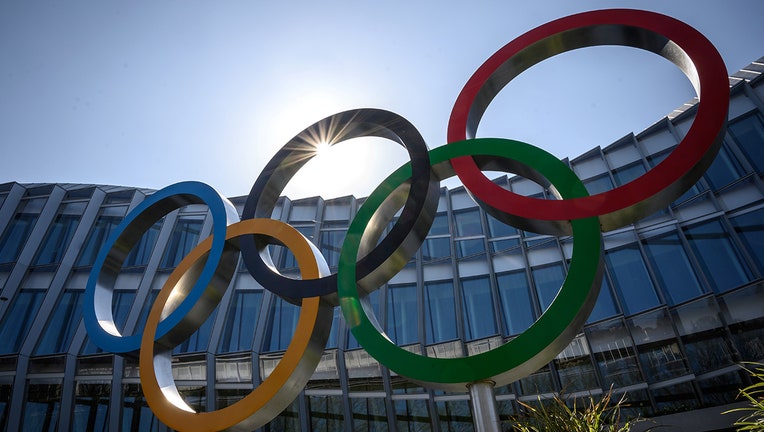 BEIJING - American-born Eileen Gu of China cranked out the first 1620 of her career on her final jump, stunning Tess Ledeux of France and earning the first of what she hopes will be three gold medals at the Beijing Olympics in women’s freestyle big air Tuesday.

With tennis player Peng Shuai watching from the stands, the skier nicknamed "Snow Princess" delivered on the immense hype to perform in her adopted home country. She is a medal favorite in big air, slopestyle and halfpipe — no action-sport athlete has ever reached the podium in all three.

Her first attempt at gold came down to the last round.

Ledeux is the only other woman to ever land a 1620 — 4 1/2 spins — in competition, and she stomped one out with a slight wobble on the landing in Round 1.

Gu hinted after qualifying Monday that she might be able to match Ledeux. With everything on the line, she did.

The 18-year-old from San Francisco shrieked when she landed the jump in Round 3, then dropped to her knees when her score of 94.50 was announced. Her combined total of 188.25 topped Ledeux's 187.5.

Ledeux tried to improve on her second run in Round 3, coming into the jump backward for a switch 1440. She landed with one ski still in the air, though, clearing the way for Gu’s gold.

Gu has gotten heat from her birth country after turning down Team USA to compete for China. Gu’s mother is from China, and though she learned to ski in California, Gu says her goal is to be a role model for young girls in China who have not had many female athletes to admire.

It’s been a lucrative move for her, as well. Her face is on advertisements across Beijing, and her modeling career is nearly as hot as her skiing talents, with appearances for Vogue, Victoria’s Secret, Louis Vuitton, Tiffany and more.

Peng, already an idol to female Chinese athletes, sat in the stands with International Olympic Committee President Thomas Bach a day after saying in a controlled interview that the sexual assault allegations she made against a former high-ranking member of China's ruling Community Party were "an enormous misunderstanding." Her answers — delivered in front of a Chinese Olympic official — left unanswered questions about her well-being and what exactly happened.