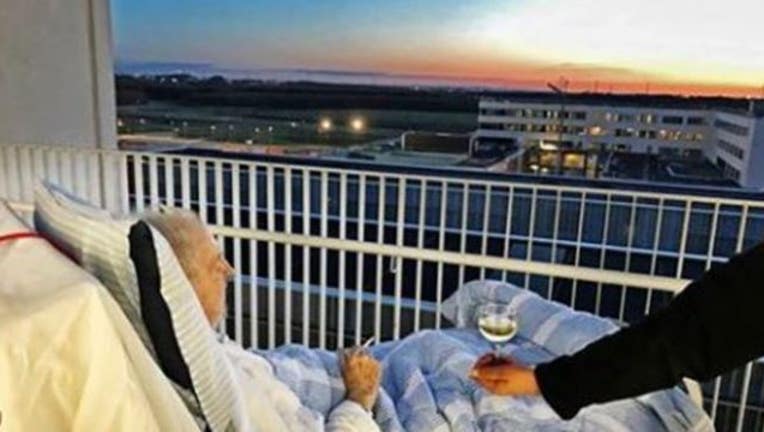 INSIDE EDITION - Carsten Hansen was bleeding to death, and there was nothing physicians could do to stop it.

Knowing the end was near, the Danish man made two last requests — and the Aarhus University Hospital granted both of them.

Propped up in bed on the balcony of his room, Hansen enjoyed a cigarette and a glass of white wine. Surrounded by his family, they all watched the sun set.

He had entered the medical facility with a burst artery in his abdomen. But surgeons said he was too sick to undergo an operation and delivered the distressing news that he would die within hours or days.

His internal bleeding simply could not be stopped.

Hospital staff decided that Hansen's wishes were more important than the facility's rules, and wheeled him to the balcony.

"He, with his family, enjoyed the cigarette, the cool glass and a beautiful sunset," the medical center said.

Granting last requests is something hospitals and even police take part in. Recently, New Jersey cops took a woman dying from leukemia for a ride on the beach, something she desperately wanted to do before leaving.

Last summer, a veteran with terminal cancer was wheeled on a gurney to a lake, where his final wish to go fishing was granted.