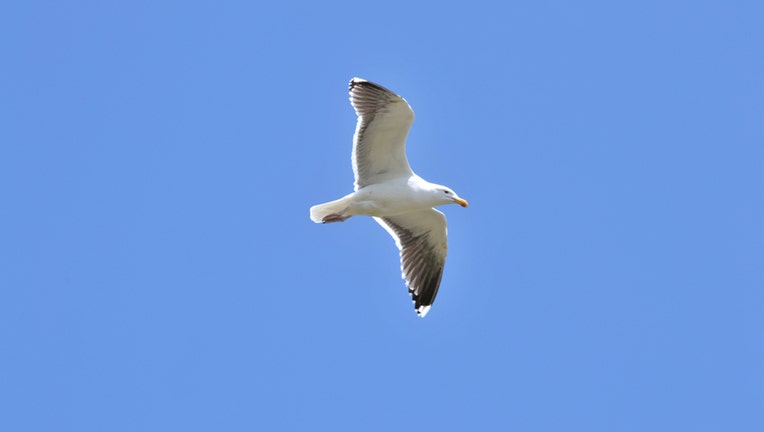 A seagull over a wildlife refuge in Massachusetts. (U.S. Fish and Wildlife Service file photo)

ALBANY, N.Y. - Authorities in upstate New York are investigating the killing of more than a dozen seagulls earlier this month.

Someone behind the wheel of a car sped through a shopping center parking lot in Albany and ran over a flock of seagulls, killing 13 birds, according to the state Environmental Conservation Department. The driver appeared to "intentionally [direct] the vehicle" at the birds, which were feeding in the lot, DEC said.

The bird slaughter happened at about 1:15 p.m. on March 8 at the Hannaford Plaza at 900 Central Avenue, officials said. The shopping center features a Hannaford Supermarket, Popeyes Louisiana Kitchen fast-food eatery, a liquor store, and other shops.

Seagulls are protected by the Migratory Bird Treaty Act, which outlawed killing, capturing, selling, trading, and transporting protected migratory bird species without prior approval by the U.S. Fish and Wildlife Service.

Several of the murdered birds were previously banded in parts of Canada, DEC said. That means biologists had captured and tagged the birds in order to study their migratory patterns.

DEC's Law Enforcement Division and Albany Police are asking the public to submit tips about this case by phone at 844-332-3267 or via this online form.