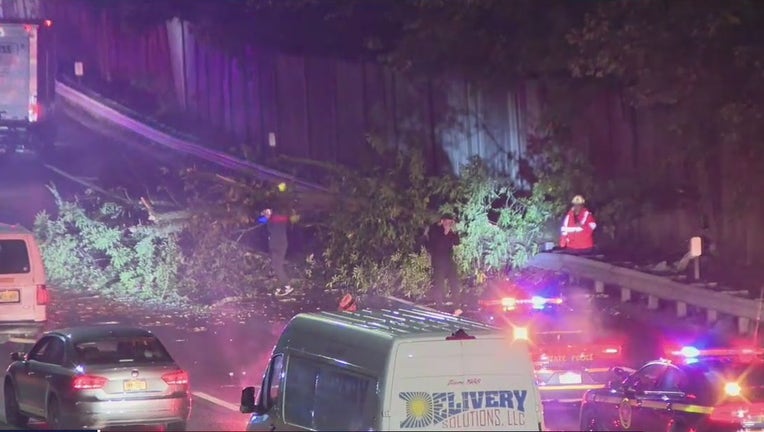 A 34-year-old woman died after a tree fell on her car on I-95 in Westchester County Tuesday evening.

NEW YORK - A woman driving on I-95 in Westchester County died Tuesday night after a tree fell on her car.

According to New York State Police, 34-year-old Susan Braga of Mount Vernon was heading southbound in the town of Harrison at around 6:30 p.m. when the tree fell and bounced off the roof of her 2009 Toyota Prius.

The car continued a short distance before coming to rest against a Ford F250. The driver of the truck was not injured.

Police say Braga suffered fatal injuries and was pronounced dead at the scene.

The crash remains under investigation.