NEW YORK - A driver apparently took the old fast-food jingle "make a run for the border" too literally.

A car crashed through the front of a Long Island Taco Bell early on Sunday morning.

The Islip Fire Department responded to the report of a car into a building on Main Street just before 3:30 a.m.

They found the front of the car resting inside a smashed window on the side of the building.

There were three employees inside the restaurant at the time but were not hurt.

The driver ran away before the police arrived and was not immediately caught.

The Town of Islip Fire Marshals office and building inspectors were notified to check the stability of the structure.

The Suffolk County Police Department is continuing the investigation. 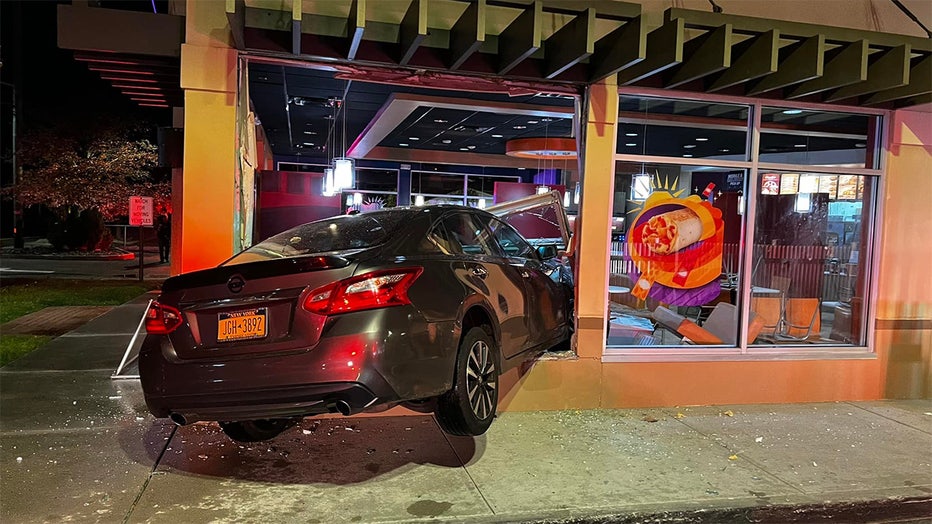