Triple-demic: RSV cases on the rise in California | LiveNOW from FOX

RSV can cause severe breathing problems for babies, while flu cases are also starting to rise. The situation is similar in much of the country where doctors are bracing for the possibility that RSV, flu and COVID-19 could combine to stress hospitals. One child under the age of 5 has already died due to flu and Respiratory Syncytial Virus (RSV). Prompting officials to issue new guidance in response to the surge in RSV cases among children to help address the current and expected continued surge in hospitalizations from an early winter virus season. Meanwhile, Orange County, CA declared a local health emergency due to record numbers of pediatric hospitalizations and daily emergency room visits over rapidly-spreading viral infections.

The ongoing "triple-demic" of influenza, respiratory syncytial virus (RSV) and COVID-19 has created a shortage of Children's Tylenol in some parts of the country and in Canada, as FOX Business has reported.

The shortages are prompting doctors to warn parents that they should not give smaller doses of adult medications to children — and that parents need to rethink their strategies about caring for sick kids.

"I remember giving my kids a ‘guestimate’ dose of adult Tylenol, which I now regret doing," one nurse and mom in New England told Fox News Digital this week.

‘GREAT CONCERN’: INVASIVE GROUP A STREP CASES SPIKING IN SOME PARTS OF US — CDC IS INVESTIGATING

"I think all parents, if they're honest, have at least considered doing something similar, when faced with a child who has a fever that's climbing," this same person said.

One doctor in Florida said there are several reasons why it is not advisable to give children a smaller dose of adult medication.

NEARLY 3,000 PEOPLE HAVE ALREADY DIED FROM THE FLU THIS SEASON: CDC

The FDA, on its website, tells parents: "Give the right medicine, in the right amount, to your child. Not all medicines are right for an infant or a child." 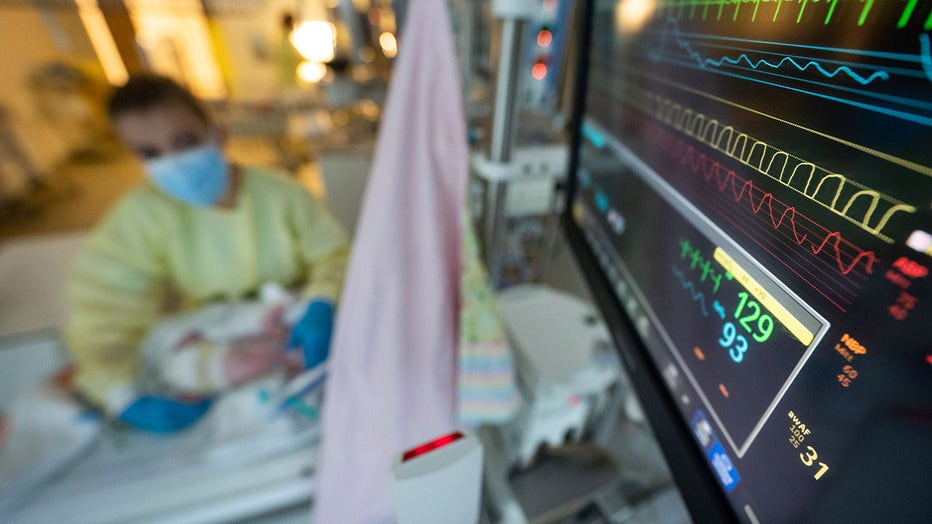 The FDA also says, "Medicines with the same brand name can be sold in many different strengths, such as infant, children and adult formulas. The amount and directions are also different for children of different ages or weights. Always use the right medicine and follow the directions exactly. Never use more medicine than directed, even if your child seems sicker than the last time."

The makers of Tylenol — Johnson & Johnson — have issued their own warning.

"Young children should not take adult medication," the company says on its website.

"All parents and caregivers should follow the dosing instructions outlined on the label. If you have questions, please consult your pediatrician or health care provider."

The active ingredient in Tylenol — acetaminophen — is a pain reliever and fever reducer, the medication's label notes.

Aches and fevers are common symptoms of both the flu and COVID-19, as Fox News Digital has reported earlier, and fevers are sometimes found in those with severe RSV.

Warnings about overuse of acetaminophen

Acetaminophen, while effective in reducing pain and fever, can also cause liver damage and death if taken in too high an amount.

This means that accidentally overdosing a child could have tragic consequences, notes the Tylenol website.

"Severe liver damage may occur if you take more than 4,000 mg of acetaminophen in 24 hours, with other drugs containing acetaminophen, and/or three or more alcoholic drinks every day while using this product," the site says.

FLU SHOT THIS FALL: HERE'S WHY DOCTORS ARE URGING WE ALL GET IT

The company cites "high consumer demand driven by an extremely challenging cold and flu season" as the reason some products may be harder to find.

"While products may be less readily available at some stores, we are not experiencing widespread shortages of Children's Tylenol," Johnson & Johnson said in a statement about its products provided to Fox News Digital.

RELATED: What is RSV? US children's hospitals see rising number of cases

"We recognize this may be challenging for parents and caregivers, and are doing everything we can to make sure people have access to the products they need," the statement continued.

IN BOSTON, RSV CASES IN KIDS CREATING A 'CAPACITY DISASTER' FOR ONE MAJOR HOSPITAL

This includes "maximizing our production capacity, running our sites 24 hours a day, seven days a week, and continuously shipping out product," the company added.

In Canada, Children's Tylenol products have been completely out of stock for approximately one month, Health Canada's website notes.

If the child has a low-grade fever and is otherwise feeling pretty well, "it is OK not to treat the fever with antipyretics or fever medications such as acetaminophen or ibuprophen," Dr. Darshan Patel, section chief of pediatric emergency medicine at Maria Fareri Children's Hospital in New York, told FOX Business.

If "you have a viral infection, fever is your friend," he added. "The body is acting normally to increase the temperature to help fight the viral infection inside."

Parents should keep an eye out for generic medicine such as acetaminophen and ibuprofen, which may be more readily available, rather than brand names for the drugs such as Tylenol, Advil or Motrin, Patel also said.

Challenging flu season in US

In a typical year, the flu season would peak in the later winter months. In 2022, it came early, said the CDC.

"This is severe and early flu season in terms of case numbers of hospitalizations and deaths," Dr. Marc Siegel, a Fox News medical contributor and professor of medicine at NYU Langone Medical Center in New York City, told Fox News Digital via email in late November.

He also said, "There are several reasons, including that this is a bad strain of flu."

Dr. Siegel added, "We have had very mild flu seasons the last few years, so our partial immunity from previous exposure is lacking, and flu shot uptake is down — even though it is a good match this year."