DETROIT (FOX 2) - Caught on camera, a DoorDash food delivery goes terribly wrong after the driver is caught dropping an entire pizza on the ground.

DoorDash driver caught on camera dropping pizza on ground, putting it back in box

Rodney King and his wife happened to be watching their camera at the time. They saw the guy pull their pizza out of the bag and drop it on their porch.

It sounded like a solid plan, until it wasn't. That's because of a DoorDash driver walking up to their Detroit house on Ohio Street with a pizza in hand, sort of.

"When the guy was walking up to our porch, we saw that he was holding the pizza veritically, so from there I knew for a fact that the pizza was outside of the box," King said.

King and his wife happened to be watching their front porch camera at the time. They saw the guy pull their pizza out of the bag and drop it.

"So afterward he looked at the pizza and went to scoop it up, put back in the box and make it look as pretty as he could," King said. "He picked up all the crubs and everything and walked off."

King says he gave the DoorDash driver the benefit of the doubt but got no phone call, no refund, and no pizza - that hadn't fallen on the ground.

"As soon as I saw the pizza hit the floor, my heart sank a little bit," he said. "I was hungry but I was really hoping that he would do the right thing." 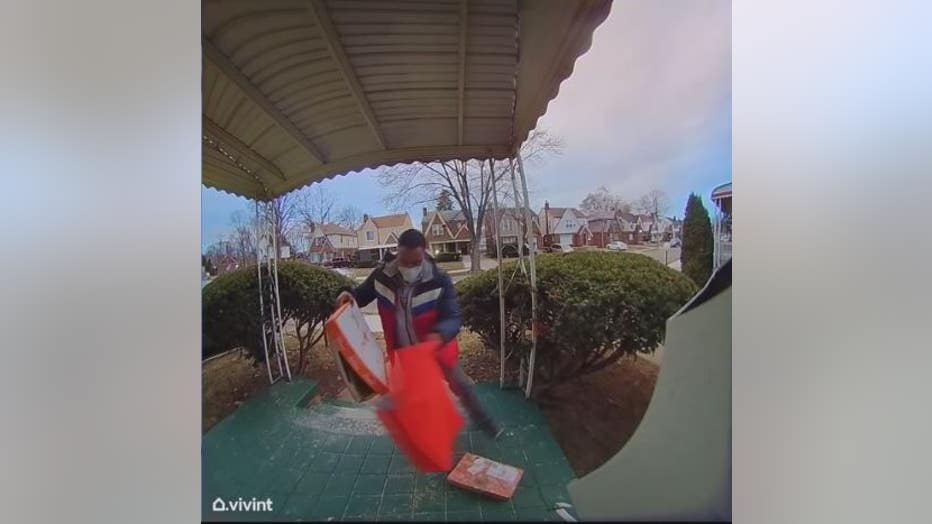 Since he didn't, Rodney filed a complaint with DoorDash, which assured him they would deal with the driver.

Apparently they did, telling FOX 2 in a statement:

"This inappropriate and unacceptable behavior is never tolerated on the DoorDash platform. The dasher involved was immediately deactivated, and we have been in touch with the customer and fully refunded the order. We sincerely regret that this incident fell short of the experience we strive to provide every day." 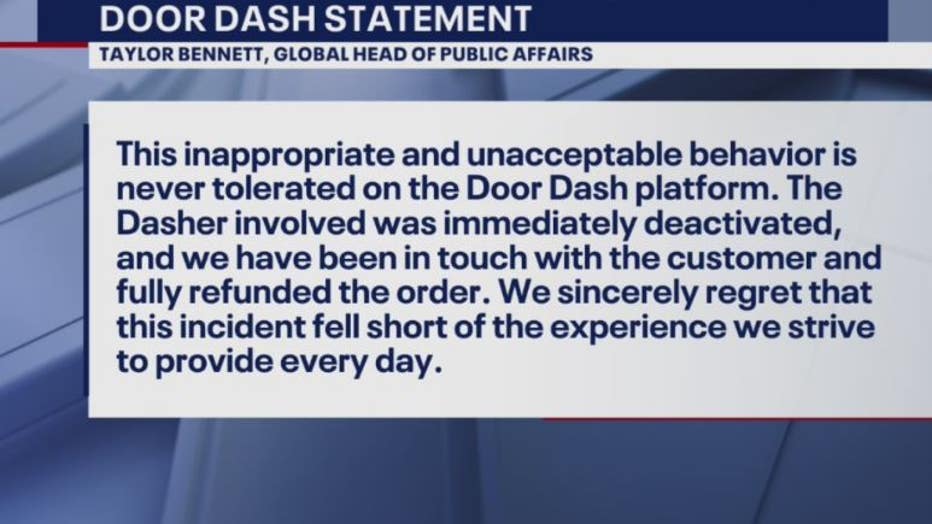 "I will continue to order from Doordash," King said. "I won't let this bad experience stop me from ordering. It wasn't DoorDash's fault."