SANFORD, Fla. - A mama bear and her cub were caught on Ring camera at the front door of a home in Sanford.

FOX 35 viewer Marlene Stark provided video of the bears on her front porch in broad daylight on Christmas.

"We didn’t know it was bears initially. So, we ran to the front door and said ‘oh my goodness,’ and then we immediately threw the bolt lock," Marlene said.

Marlene and her husband have lived in Sanford’s Lake Forest community for ten years and say that bear, bobcat, deer, and bald eagle sightings happen frequently.

However, this bear sighting was different because one of them tried to push the front door open. Marlene’s Ring camera captured it all on video.

Marlene Stark captured a video of the mama bear and her cub on the front porch of her Sanford home.

"I had no idea that they had that capability to open the front door. So, I’m glad it was locked," Marlene said.

She has no idea why the bears were attracted to her family’s home but some people have a hunch. 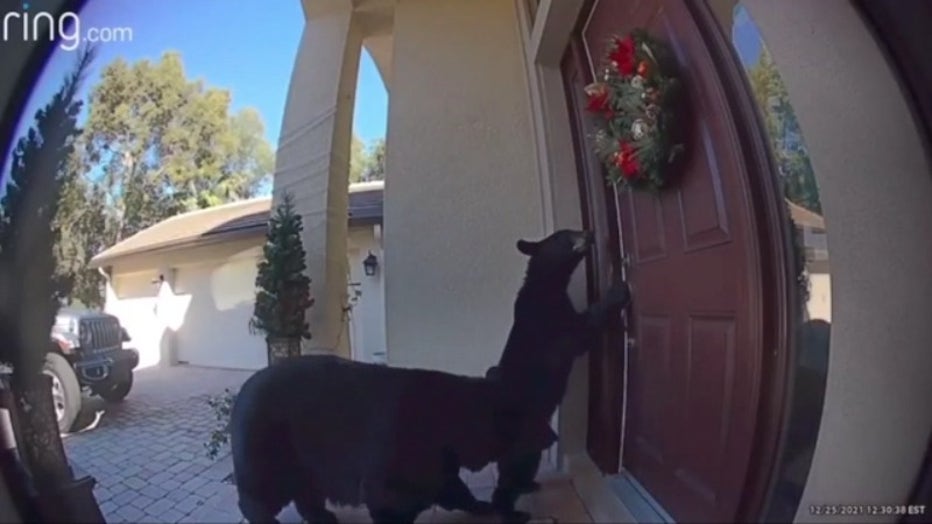 "I’ve seen all kings of things to where ‘you must’ve been coking something, to they’re hungry.’ I was like, ‘I was just making a roast, the pan was covered.’ It wasn’t outside, so I don’t know," she explained.