Winter the dolphin has passed away at the age of 16 after years of inspiring others who have prosthetic limbs like her. Clearwater Marine Aquarium officials say she'd been battling a gastrointestinal infection.

CLEARWATER, Fla. - Winter, the bottlenose dolphin who inspired people around the world after losing her tail and becoming a star in the 2011 movie ‘Dolphin Tale,’ has died. Winter was 16 years old.

Earlier in the week, the Clearwater Marine Aquarium said they were treating Winter for a gastrointestinal infection. Within a couple of days, despite treatments and around-the-clock monitoring, the aquarium said Winter took a turn for the worse.

Thursday, a team of dolphin experts and veterinarians from across the country had gathered in Clearwater to try and nurse Winter back to health. However, Thursday evening, Winter was not able to go on. She died just before 8 p.m. 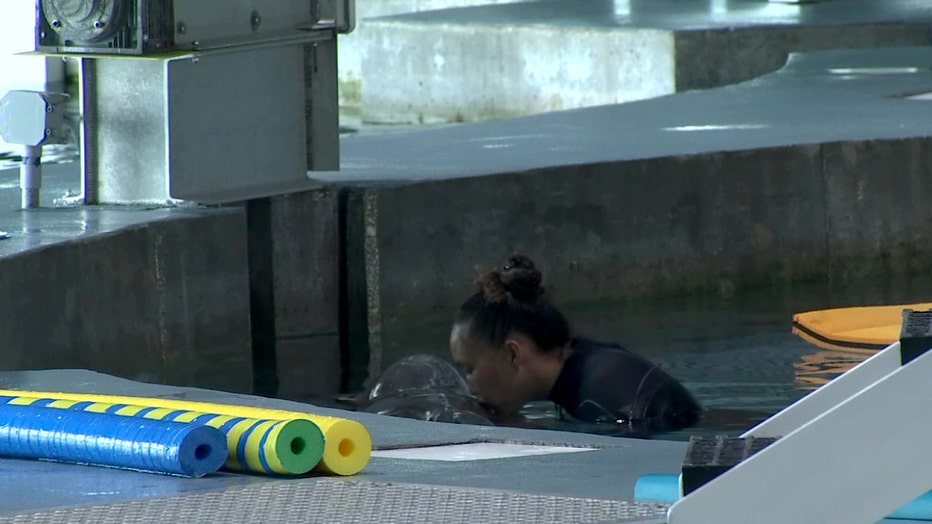 In a tweet, CMA said, "With heavy hearts, CMA announced tonight that Winter the Dolphin died at approximately 8 p.m. as animal care experts from around the country worked to treat her gastrointestinal abnormality. The CMA family is devastated."

How Winter got her prosthetic tail

Winter first arrived at the Clearwater Marine Aquarium in 2005 after she was caught in a crab trap line in Mosquito Lagoon near Cape Canaveral. At just 2 months old, she survived – but her tail didn’t.

FOX 13's Cynthia Smoot has been covering Winter the tailless dolphin for years -- long before the rescued dolphin became a movie star and CMA icon. Here's how it all began in April of 2007.

She was rescued and sent to the aquarium. Since she was found in December, it only made sense to name her "Winter." That year was the start of an inspirational story that touched people across the world.

Rather than swimming up and down like a normal dolphin, she was swimming side-to-side. The experts at the aquarium knew it could cause long-term problems if they didn’t find a solution soon.

Two years later, Winter was fitted with a prosthetic tail made just for her. Her tale became a comfort to those of all ages who also have prosthetic limbs. It inspired the book 'Dolphin Tale' and eventually the 2011 hit movie, which chronicled her recovery story. A sequel, Dolphin Tale 2, was released three years later. 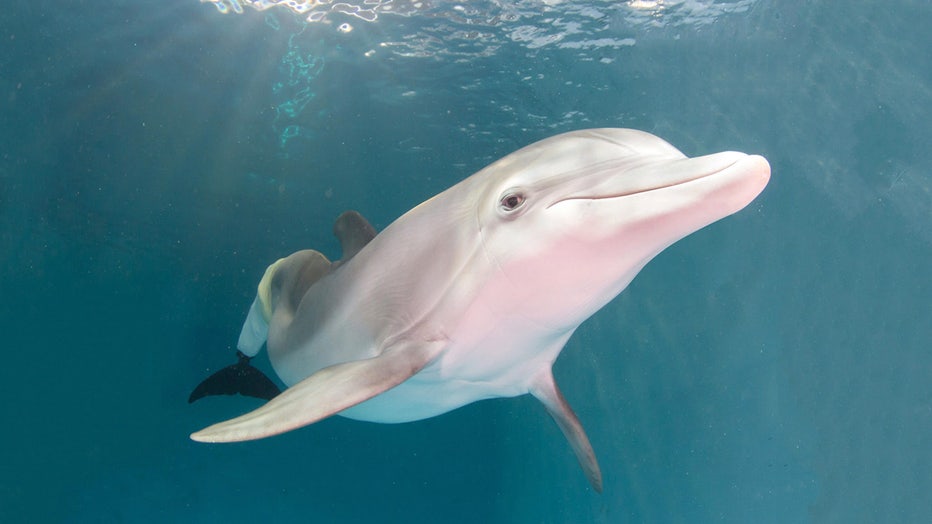 It was perhaps the most poignant part of Winter’s tale – her special connection with humans who also struggled with disabilities.

Never before had a dolphin without a tail been rehabilitated. Techniques and materials used for Winter’s prosthetic tail have since been used to help human amputees.

Winter’s story spread across the world and across age groups. Her story brought smiles and tears, especially to those who also face the challenge of prosthetic limbs. Fans from everywhere came to Clearwater to see her, but her many meetings with children and veterans were the most impactful.

From 2006: Trainers bottle-feed Winter after her rescue

Not long after being saved from a crab trap on the East Coast, baby Winter adapts to her new home.

Jim Savage, the fisherman who rescued the distressed Winter in 2005, later told FOX 13 that the dolphin was a blessing to his grandniece, who has velocardiofacial syndrome. The condition results in heart defects and a poor immune system.

"She gives us inspiration and to never give up," Grace Savage, Jim’s grandniece, told FOX 13 during a 2019 visit to the aquarium.

Dolphin experts from around the country came to Clearwater to help treat Winter the dolphin, the star of the 2011 movie "Dolphin Tale."