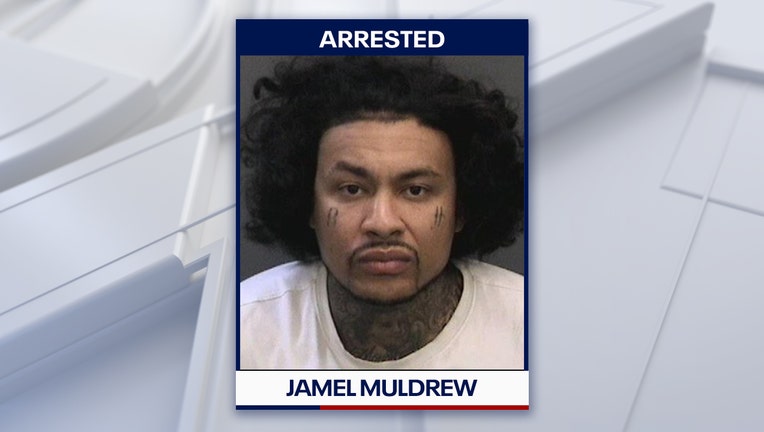 TAMPA, Fla. - A Texas man was arrested in Tampa for allegedly trafficking a minor across six states over the course of two months.

The Department of Justice says 32-year-old Jamel Muldrew, of Houston, Texas, brought the minor to have sex with an undercover agent at a hotel in Tampa for $800. Investigators say Muldrew dropped the victim off at the hotel and then drove to a nearby mall parking lot to wait.

Detectives were waiting for the minor victim at the hotel and took her to safety. Muldrew was arrested.

Investigators say he was in possession of multiple fake IDs for himself and the victim.

After his arrest, investigators say they discovered Muldrew had driven the girl across the country, during February and April, for similar engagements, including in Texas, New Jersey, Maryland, North Carolina, Georgia, and ultimately Florida, where he was arrested.

The victim was connected with Selah Freedom, which provides support for human trafficking survivors

Anyone who is or who knows a potential victim in this or any other case of sex trafficking or human trafficking, or who has any information regarding this or any other investigation, should contact Homeland Security Investigations toll-free Tip Line at 1-866-DHS-2423 or by completing its online tip form found at https://www.ice.gov/webform/ice-tip-form.