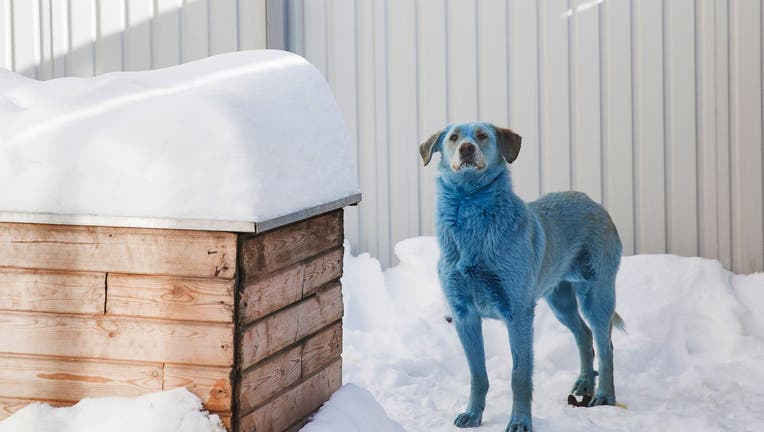 A dog at the Zoozashchita-NN veterinary clinic. (Photo by Mikhail Solunin\TASS via Getty Images)

Several stray dogs with brightly-colored fur have caused confusion and concern in Russia.

According to the BBC, the seven dogs were found roaming near a derelict glass factory in Dzerzhinsk, a city located 230 miles to the east of the capital, Moscow.

The factory had produced acrylic class and prussic acid, and it is suspected that the dogs rolled around in powdered blue dye at the plant.

Reports in Russian media say that the dogs are in good health and are eating well, but are being monitored at a veterinary clinic in case the color change was caused by a toxic chemical.

Another group of dogs, colored bright green were seen in Podolsk, an industrial town south of Moscow, but some Russians on social media claimed the colored dogs were likely a prank inspired by the original blue dogs.