The 7-year-old pit bull was found wandering around the site of a plane crash in Broomfield, Colorado, that killed two people.

BROOMFIELD, Colo. - A pit bull mix found wandering around the wreckage of a deadly Broomfield, Colorado plane crash has been dubbed a miracle dog for her incredible story of survival.

A good Samaritan saw 7-year-old Chata at the crash site on Sunday and brought her to a local shelter. The only noticeable wound was a laceration behind the ear, KDVR reports.

Aside from the laceration and some soreness, Chata is fine. "She’s a fighter," MacDonald said. "We’ve just been kind of managing her pain." 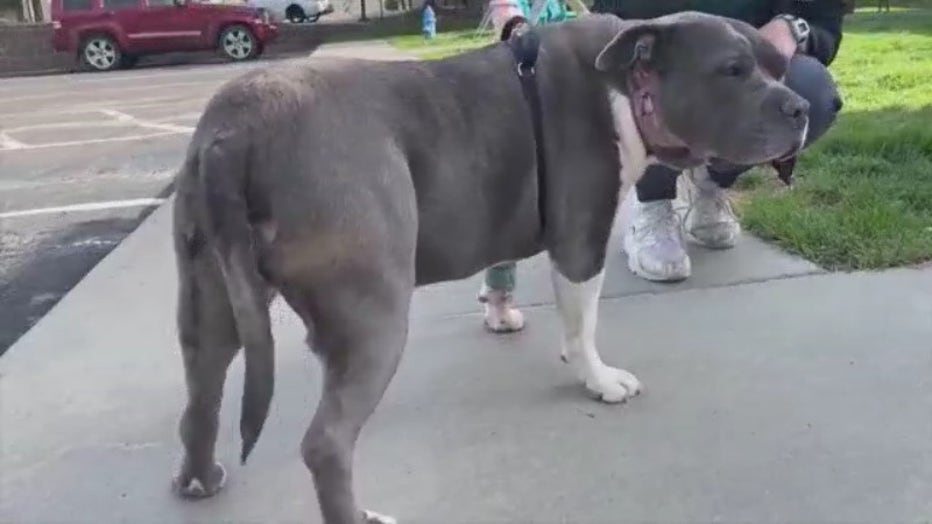 Staff at the animal hospital were waiting for a family member to pick up Chata this week.

"It’s a miracle," MacDonald said. "Animals can do incredible things."

RELATED: ‘Lost puppy’ rescued by family turns out to be baby coyote

The crash happened Sunday shortly after the plane took off from Erie Municipal Airport, reports said. Pilots Robert Devon Williams, 50, and Lee Russell King, 59, were killed. The cause of the crash is still under investigation.