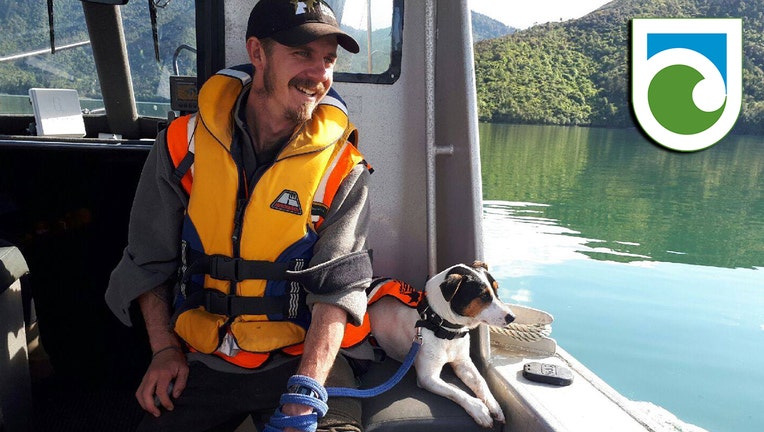 Flint, the rat-detecting dog and its handler, Richard Johnston, ride on a boat near the Tennyson Inlet Islands in New Zealand. ( New Zealand Department of Conservation )

WELLINGTON, New Zealand - Things first started to go wrong for Flint the rat-sniffing dog when a sea lion charged at him. It emerged from the scrub, lurching and bellowing, full of aggression.

Spooked, he ran from his handler and no amount of calling or whistling could lure him back. Flint was lost and alone on uninhabited Campbell Island, located between mainland New Zealand and Antarctica.

Making things worse? Flint was wearing a muzzle, so he couldn't eat and would find it difficult, perhaps impossible, to drink.

The clock was ticking on his survival.

Flint was there as part of Operation Endurance, a work program involving about 100 conservation rangers, weather officials and members of New Zealand's military. Campbell Island is one of dozens of small islands that New Zealand has cleared of rodents and other predators, allowing endangered native birds to flourish. Flint was there to check that no rats had returned, the muzzle a standard piece of field equipment to stop the dogs from attacking the rare, flightless birds.

John McCarroll, the Department of Conservation's acting operations manager for the area, described what happened after Flint ran away Wednesday.

Crews searched on foot and the military sent up a helicopter equipped with a thermal imaging camera to scour the island. But after seven hours, Flint couldn't be found.

A Jack Russell-fox terrier cross, Flint, aged about five, is small and was lost in dense bush. The vest he was wearing to keep him warm may have thwarted the camera's sensors. 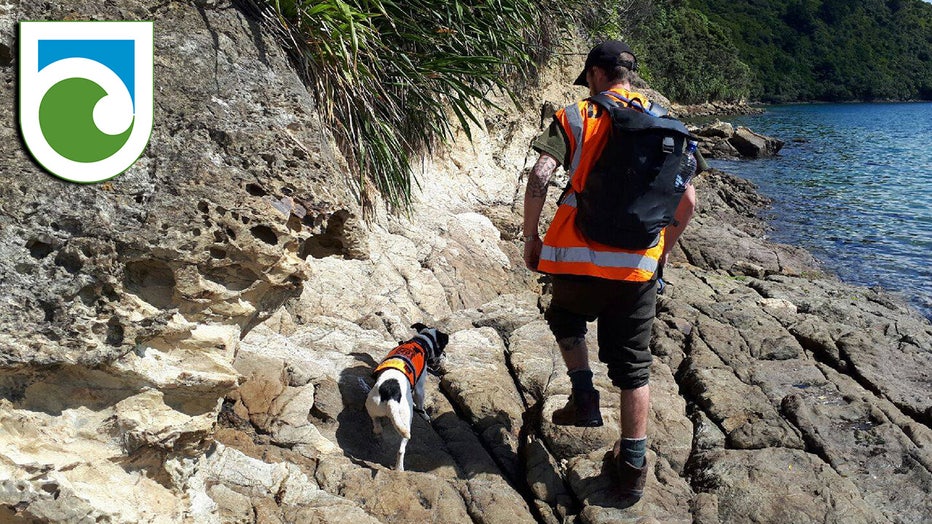 Flint and its handler on an island in New Zealand. (New Zealand Department of Conservation)

At 11 p.m. Wednesday, with bad weather threatening and the navy ship they'd arrived on a week earlier experiencing some mechanical problems, the team made the heartbreaking decision to leave Flint behind. Crew safety had to be the top priority.

Back on mainland New Zealand, plans swung into action for a rescue mission. A team from Heli Otago packed a helicopter with extra fuel to make the trip back. On Friday, a crew of three flew more than 650 kilometers (400 miles) across the southern Pacific Ocean to the island, stopping at a fuel depot along the way.

The found Flint at the base. After two days, he'd made his way back, about a three-hour hike from where he'd gone missing.

"At first he was scared of the noise of the helicopter," McCarroll said. "They called him once, they called him twice, and then he was happy to come and greet them."

The crew removed Flint's muzzle and gave him plenty of food and water. And hugs.

Flint arrived back on the mainland on Friday evening, where McCarroll met him. The dog had gotten home quicker than his handler Richard Johnston, who isn't expected to arrive back on the navy ship until early next week.

"He was in very good spirits," McCarroll said. "We gave him some more food and he wolfed that down. He looks healthy, he looks happy and pleased to be home."

McCarroll said they'd be taking good care of Flint until his handler returns. Their top priority? Making sure he doesn't run away. 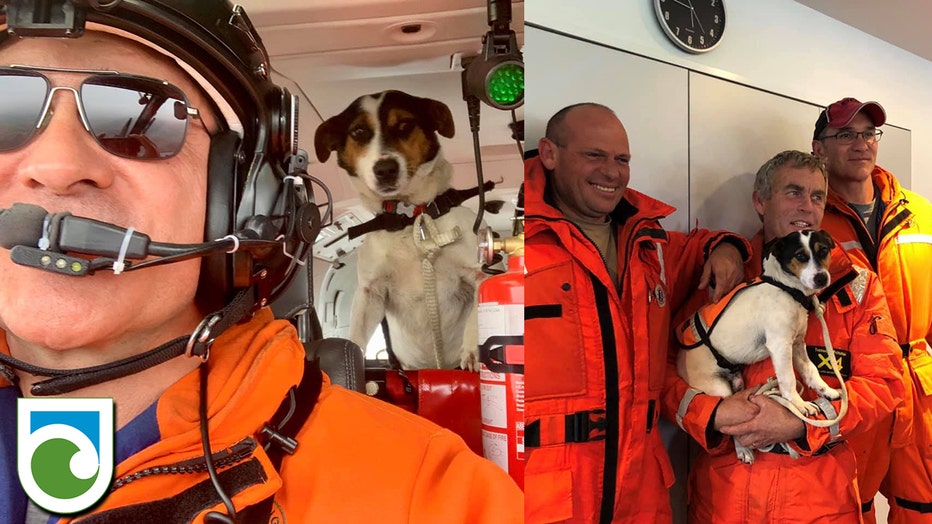