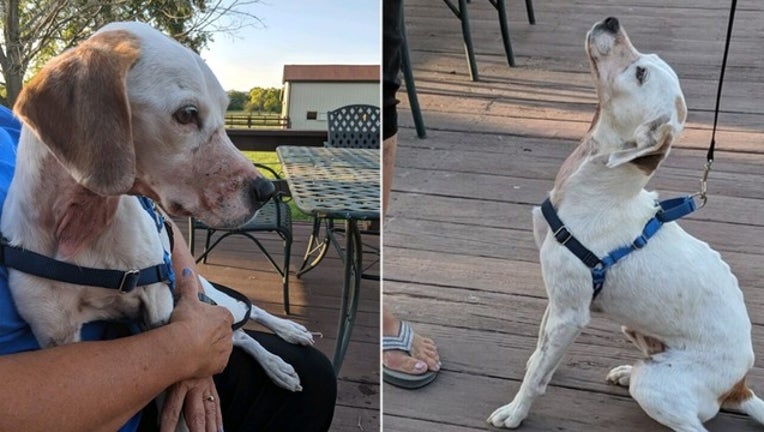 (FOX NEWS) - An Ohio man who supposedly found an injured dog earlier this month with its throat slit and nose and mouth duct-taped was actually the pet's owner -- who made up a story to try getting the dog free veterinary care, investigators said.

The Butler County Sheriff's Office said the dog, named Dani, suffered a throat injury on a barbed-wire fence. The injuries to the dog's snout stemmed from its owners keeping it muzzled for several hours each day to keep the animal from chewing up items in their home.

The owner had taken the dog to the Twin Maple Veterinarian Clinic.

"Upon interviewing the owner, it was relayed to our detectives that the canine had cut its throat on a barbed wire fence and they could not afford the veterinarian bills, so they concocted a story to get the canine help for free," Sheriff Richard Jones said in a statement.

Dani was spotted Aug. 17 injured in Middletown, a city 25 miles southwest of Dayton, and rushed to a hospital, the Butler County Sheriff's Office said.

News of the dog's plight was reported Friday.

"After the investigation was completed it was determined that this incident did not occur in Butler County, but we will make a joint effort to work with the adjacent jurisdiction to ensure this case is dealt with appropriately," Jones said.

Read the latest on this story from Fox News.