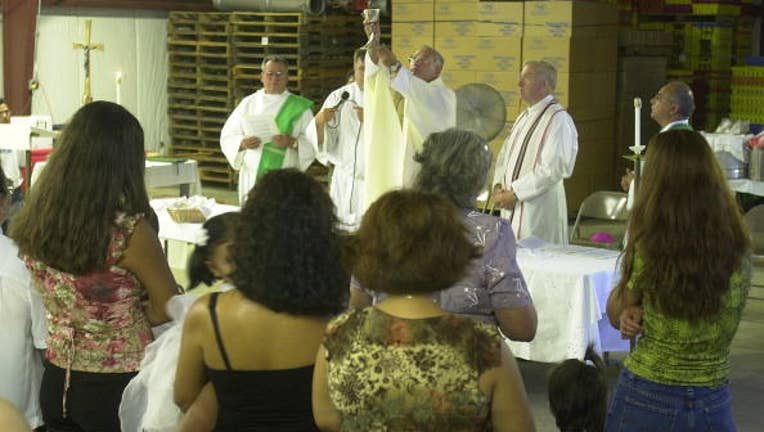 NEW JERSEY - The Diocese of Camden has filed for bankruptcy, citing revenue losses because of the millions it paid out to clergy abuse victims and the pandemic.

The filing on Thursday comes after New Jersey eased its civil statute of limitations in 2019 to make it easier for victims of alleged sexual abuse at the hands of clergy to sue for damages.

In addition to the expanded statute of limitations, the outbreak of the coronavirus has only made things harder for churches, who rely on in-person donations from Mass goers.

“If it were just the pandemic, or just the costs of the Victims Compensation Program, we could likely weather the financial impact; however, the combination of these factors has made that impracticable,” Bishop Dennis Sullivan in a statement posted on the diocese website titled “Reorganization.”

The state attorney general launched a criminal probe of the clergy abuse scandal in 2018 after a Pennsylvania grand jury report uncovered that more than 1,000 children had been abused over decades by about 300 priests. The investigation is still pending.

New Jersey's Catholic dioceses set up a victim's compensation fund for people abused by clergy. The fund closed to new applications earlier this year, paying out or authorizing the payment of about $11 million.

The Diocese of Camden has nearly 500,000 members across 62 parishes in southern New Jersey's Atlantic, Camden, Cape May, Cumberland, Gloucester and Salem counties.

The bankruptcy announcement does not affect schools, parishes or pension plans, the statement said.

Across the U.S., Catholic dioceses have paid out about $4 billion since the 1980s because of sexual abuse. Recently enacted lookback laws in more than a dozen states, including New Jersey and New York, could result in thousands of new cases against the church and at least $4 billion in additional payouts, the Associated Press has estimated.

On Thursday, a diocese in New York suburbs became the largest in the U.S. to declare bankruptcy, seeking relief from lawsuits.

The Diocese of Rockville Centre, which encompasses much of Long Island and 1.4 million Catholics, said in filing for Chapter 11 protection that it will ask a bankruptcy court to put all cases on hold so that they they can be settled together.