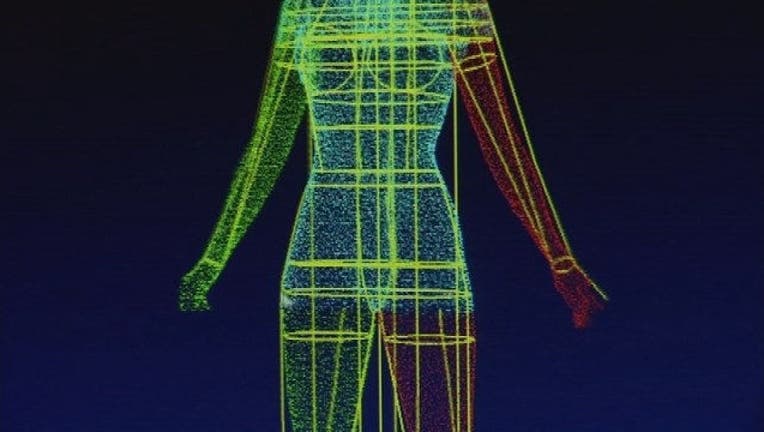 Cutting-edge video displays, hulking screens, and high technology in stores are the future of shopping, but the trend has not yet fully caught on in the United States.

Burberry led the entire retail sector when it added modern extras to its London flagship. But according to Brian Sozzi, a retail analyst at TheStreet, retailers consider this a big risk. They don't want to put a lot of expensive digital technology in their stores if there won't be a lot of payback.

That's all changing though.

At the Staten Island Mall, eShakti's new kiosk lets you create a virtual avatar with your exact body measurements. You can use it to shop the eShakti website for the perfect outfit, without trying on a single thing. Christine Bibbo Herr of www.nycpretty.com says you can use the 3D avatar to customize 600 to 900 different outfits on www.eshakti.com, by changing the neckline, hemline, and adding sleeves. Prices start at $59. Creating an avatar is free.

At her flagship store on Greene Street in Soho, Rebecca Minkoff has completely overhauled her customers' experience. She partnered with eBay to use touchscreen technology throughout the store.

Uri Minkoff, the CEO of Rebecca Minkoff, says the goal was to cater to the millennial shopper by reimagining retail by putting their beautiful iPhones and gadgets front and center.

Rebecca Minkoff says she also wanted to take some of the painful points out of the shopper's experience, eliminating things like having to lean out of a dressing room half-naked and ask for another size.

So a video screen was installed at the front of the store that is part mirror, part tablet. With a tap of the screen, shoppers can browse different looks, pick clothes in their size, even order a drink and have it all sent to their dressing room.

According to Steve Yankovich, the VP of innovation at eBay, it took a few years to develop the technology behind that mirror so that it works quickly and feels good to the touch.

Shoppers can also interact with the mirrors in the dressing rooms. The moment they bring a piece of clothing into the fitting room, the mirror senses the item and turns itself into a touch screen. Customers can then use the mirror to ask for other sizes, cuts, or colors.

There are even lighting options that allow you to see what your clothes would look like for a night out on the town or an afternoon lunch date.

According to Healey Cypher, head of retail innovation at eBay, the average shopper spends 20 minutes in a retail store. 30 percent of that time is wasted on things they don't really want to do: waiting for help, waiting in line, trying to find inventory. This touchscreen technology removes all of that.

And touchscreens are only the beginning.

Sozzi expects mannequins to get a major overhaul in 2015. He says that soon we'll walk past mannequins in the front of a store, and the mannequin will have technology in its head that will communicate with your cell phone, letting you know about sales inside.