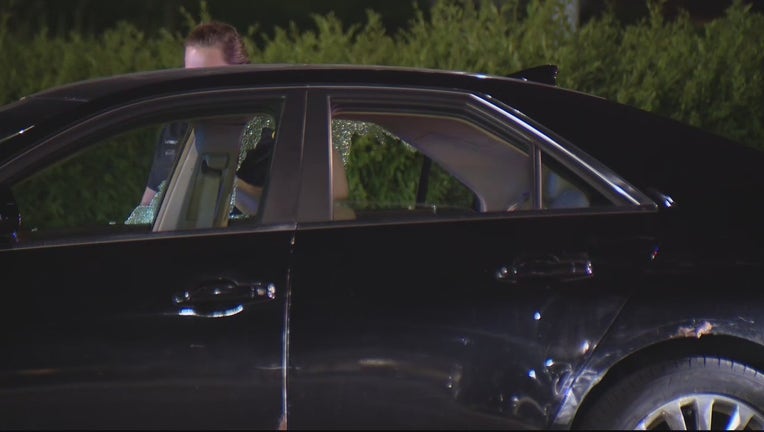 DETROIT (FOX 2) - The Detroit Police Department is investigating two shootings that ended with one man dead and two others hospitalized after they said a man with mental illness ambushed a couple early Wednesday morning.

According to police, this all actually started with a traffic stop. When police pulled over a Cadillac around 2:30 near Chene and Jefferson, they found a man and woman had both been shot and immediately got them help.

Not long after, police were called to a shooting near the Rattlesnake Club where one man was found dead. It didn't take police long to piece the two scenes together and DPD Commander Michael McGinnis explained that this was actually an ambush and the man that was killed was responsible.

McGinnis said they were both sitting in the car when the man came up with a long gun and shot into the car. Police are not sure who fired back but one of them did, killing the man.

"We interviewed the mom and she's heartbroken. And we do know that the decedent suffered from mental illness - clinically diagnosed mental illness. And we believe that that had a significant factor in the circumstances," McGinnis said.

The couple that were shot are expected to be ok and police are saying this was a case of self-defense so no charges are expected.

READ NEXT: Two bodies dumped in Detroit in unrelated cases; one chained up, one a transgender woman

Detroit Police Commander Michael McGinnis provides an update on the shooting death of Jacob Hills, the 18-year-old from Grand Blanc who was found murdered in a basement earlier this week.