Witnesses say fresh mulch cushioned the child's fall, as the boy ended up only with a scratch on one arm and a scratch on the back of the head.

DETROIT (FOX 2) - The Detroit Fire Department says a boy who fell from the 7th floor of an apartment building has been upgraded to stable after being evaluated at a Detroit area hospital.

Detroit Police said a 2-year-old boy fell through the 7th floor of a window Friday morning and had no visible injuries. However, he was being evaluated for a possible head injury.

Deputy Fire Commissioner Dave Fornel told FOX 2 that the boy who fell from the 7th floor was, upon further investigation, hurt in the nearly 100-foot fall. According to Fornell, the boy had cuts and was in an "altered mental status" and may have a head injury. The boy had been listed in critical earlier in the day on Friday but his condition quickly improved and he's now stable.

Fornell said when they arrived on the scene, the boy's mother was holding the boy and he appeared to be uninjured. The boy was taken to Detroit Children's Hospital where it was determined the boy may have suffered a head injury. Fornel told FOX 2 that the boy is being treated for laceration and is being kept for observation.

Detroit Police were called to the New Center Pavilion Apartments at 666 W. Bethune Street a little after 9 a.m. on Friday to a report of a child falling out of a window.

Sharon Moore lives nearby and said she heard someone screaming that someone's baby had fallen out the window. She immediately called 911 and then went downstairs to check on the boy.

"My prayers are with them. I hope and pray that the child will be okay. It's a bad situation. I don't know how the child got out but it's hard, it's really hard seeing something like that," she said.

According to Detroit Police, the baby was a 2-year-old boy and the boy's mom was using the bathroom as the child was still asleep. While she was in the bathroom, the baby woke up and leaned against the screen of the window.

According to police on the scene, the boy fell from the 7th story window and landed on bushes, grass, and a bed of mulch in front of the building.

Detroit Police told FOX 2 the boy didn't have any noticeable injuries but was taken to the hospital as a precaution. That's when authorities said they determined the boy had been injured.

According to Detroit Police, it looks to be a complete accident. 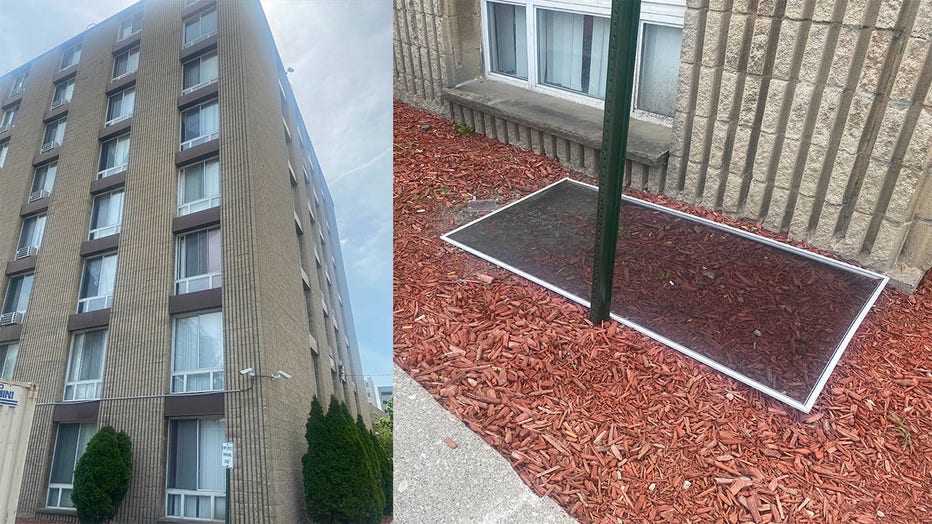