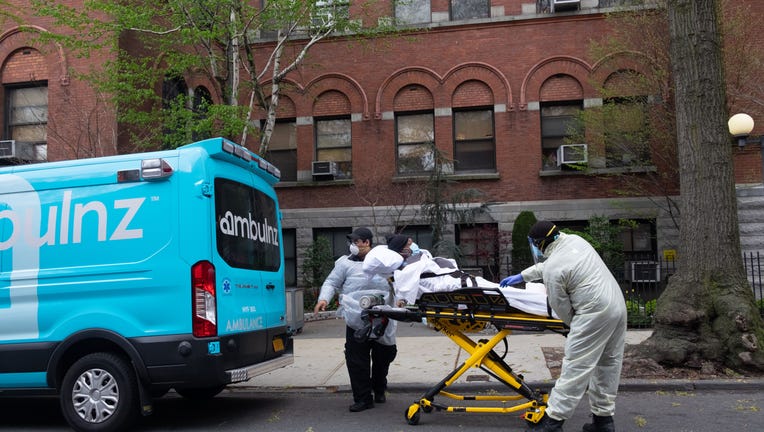 NEW YORK - Despite a massive vaccination campaign, New York nursing homes are still reporting hundreds of infections a week as some residents and staff have skipped getting the shots.

Nursing facilities in the state reported 782 infections among staff and residents in the 14 days ending April 25, the most in the nation.

Only 55% of staff at New York's nursing homes are fully vaccinated, nearly five months since the vaccination campaign launched, according to an Associated Press analysis of data provided by the state Department of Health. Rates among patients are better: 79% of residents have gotten a shot. 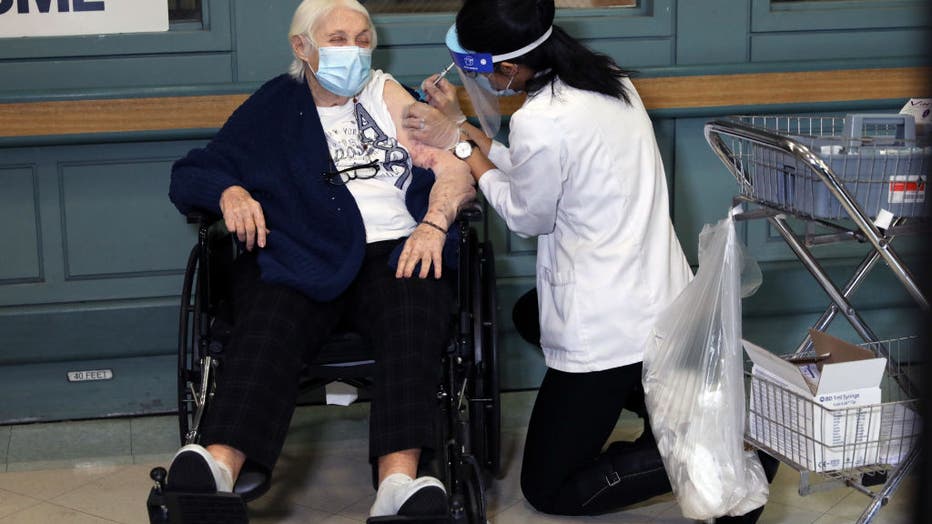 But some areas lag behind. Only 40% of the staff and 63 percent of residents at nursing homes in Brooklyn are fully vaccinated.

A few facilities stand out for lack of progress.

At the Sea Crest Nursing and Rehabilitation Center in Brooklyn’s Coney Island, only 25 percent of residents and 28 percent of the staff have been fully vaccinated, according to state data — among the worst rates in New York.

Patients there continue to die of the virus. Ten died from COVID-19 during the four weeks ending April 25, according to federal data.

As of Sunday, 30 residents had active COVID-19 infections at the home, according to the nursing home's website.

Another Brooklyn nursing home, the Schulman and Schachne Institute for Nursing and Rehab, has fully vaccinated only 31% of its staff.

The Chateau at Brooklyn Rehab and Nursing Center had vaccinated only 32% of its staff and 59% of residents, according to state statistics. Spokeswoman Ashley Romano said the nursing home is trying to boost vaccination rates by giving employees, patients and families "the latest guidance on infection control and prevention, vaccination statistics, scientific research, and clinical updates from recent trials in the New York metro area and beyond."

Representatives for the Schulman and Schachne Institute and the Sea Crest Nursing and Rehabilitation Center didn’t return calls and emails requesting comment.

The New York Times is reporting that Gov. Cuomo blocked his own Health Department from sharing data on COVID deaths in nursing homes. A lawyer for the governor said the controversy is overblown.

Gov. Andrew Cuomo has said the state can’t require vaccinations for health care workers, or anyone else, until COVID-19 vaccines get full federal approval. Right now they are only approved on an emergency basis.

While vaccinations, which began in December, haven't snuffed out the virus completely at nursing homes, it has undoubtedly helped.

Statewide, nursing homes reported 18 residents with COVID-19 died in the seven days ending April 25, down from the more than 400 who died in the week ending Jan. 17.

Even with fatalities down, the continuing presence of infections in homes has made it difficult for some to resume having outside visitors, even for places doing well with vaccinations.

Gov. Andrew Cuomo and his administration are under fire for how they handled the outbreak in nursing homes.

In the Bronx, the Hebrew Home at Riverdale, which has vaccinated 86 percent of residents and 80 percent of staff, is now allowing outdoor visits. But under state rules, it can't let patients see loved ones indoors if anyone in the facility has tested positive for the virus in the past 14 days, according to David Pomeranz, chief operating officer of the nursing home’s parent organization.

Some nursing homes still don’t allow hugs, or only allow infrequent, 15-minute visits, said Karla Abraham-Conley, of Utica, who got involved in a social media campaign to expand visitation after she couldn't visit her mother before she died in October.

The Legislature recently passed a law that would require nursing homes to allow residents to have visits from certain people, including relatives, designated as caregivers. It will become law if the governor doesn't veto it or sign it within a few weeks.

State health regulators will then write rules detailing the length and frequency of caregiver visits, and how many visitors a resident can have at once.

Abraham-Conley said she hopes the law will allow more people to see loved ones, but said Congress should pass a stronger law to boost visitation rights nationwide.

Nursing homes "have been placed in the impossible position of trying to comply with inconsistent requirements," LeadingAge New York President and CEO James Clyne said in a March 24 letter to Cuomo.

New York has reported more deaths of nursing home residents with COVID-19 than any state — over 13,800.