A hippo named Mahali, who lives at the Denver Zoo, likes to play with a large enrichment ball. (Video source: Denver Zoo via Storyful)

DENVER - The Denver Zoo's sole resident hippopotamus, Mahali, likes to make the most of a big blue-green enrichment ball.

A video clip posted on Jan. 17 shows Mahali playing with the ball during the zoo's Hippo Encounter attraction.

Staff at the Denver Zoo must choose enrichment toys carefully. Hippos can open their mouths to a 150-degree angle, which means smaller toys can be a choking hazard.

"But since this ball is big enough and strong enough, no matter how hard Mahali tries, there's no choking hazard with this toy," zoo staff wrote on Facebook. "Mahali and his ball are giving us those #FridayFeels! Here's to weekends spent doing what you love."

Mahali has been the sole hippo at the Denver Zoo since his father, Bertie, died in 2015 at the age of 58. 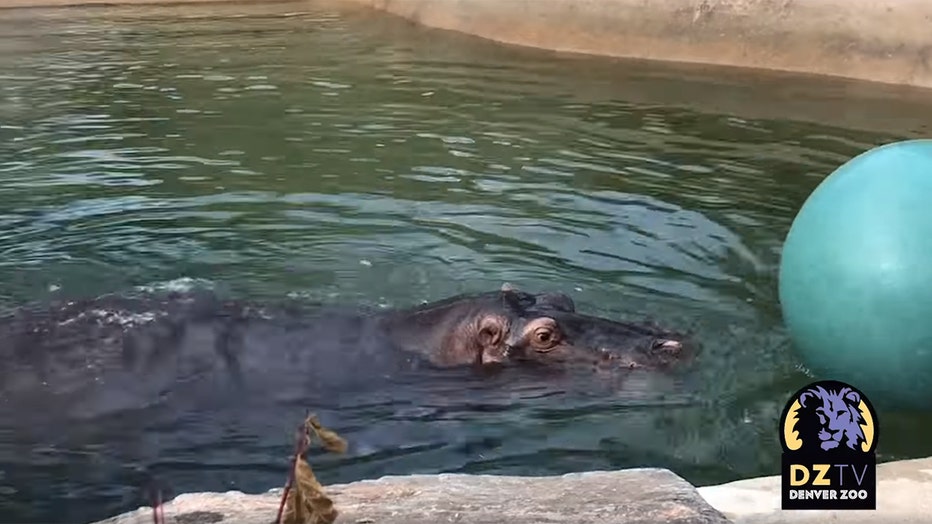 A hippo named Mahali plays with a ball in an animal habitat pool at the Denver Zoo. (Denver Zoo via Storyful)