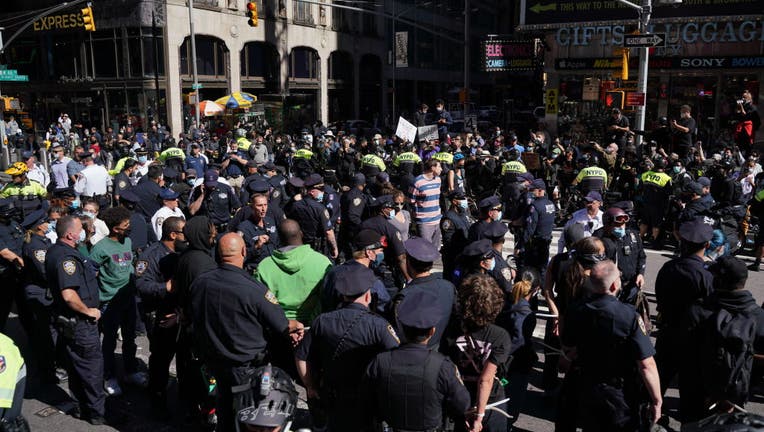 Authorities said in an email to The Associated Press that “several” protesters were taken into custody, but did not release details of the charges.

WINS-AM reported that dozens of people were arrested when they refused to move from a city street where they sat down and blocked traffic.

Many protesters accused U.S. Immigration and Customs Enforcement of mistreating migrants, including claims that migrants were subjected to questionable hysterectomies at a detention center in Georgia. ICE's acting director, Tony Pham, said Friday that the agency was looking into the allegations and if they are true officials would “make the corrections necessary.”

Other demonstrators shouted “Black Lives Matter” and “abolish the police.”