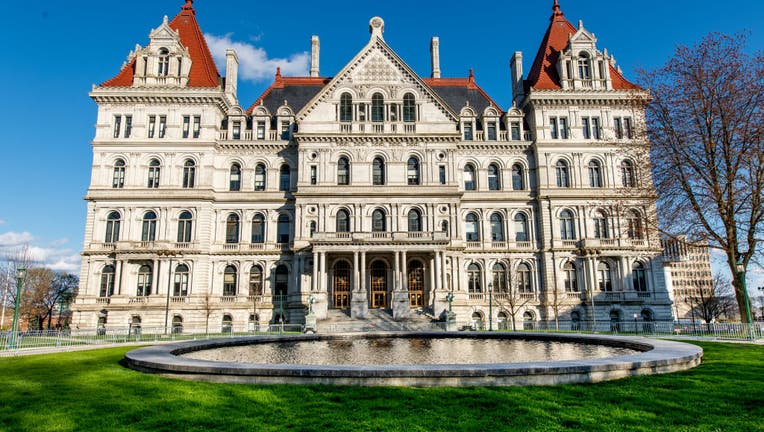 NEW YORK - For all the drama around the 2020 election, one thing isn't at stake: Democratic control of New York's state legislature. But while the party isn't in danger of losing its grip on Albany, Tuesday's election could bring subtle shifts in a political landscape where Gov. Andrew Cuomo often calls the shots.

Democrats could gain a veto-proof majority by winning just two more seats in the 63-seat Senate, which the party won in 2018 after decades of Republican control.

New York would join California, Hawaii and Rhode Island as states where Democrats control the governor's office and two-thirds of the seats in both legislative chambers.

A veto-proof majority could change the dynamics of a state government where the powerful governor sets the legislative agenda and hasn’t shied from using his veto pen, or the threat of it, to check lawmakers who drift too far from his policy priorities.

Senate Majority Leader Andrea Stewart-Cousins and Assembly Speaker Carl Heastie could try to score bigger concessions from the state’s top Democrat, force his hand on contentious issues or simply pass bills without worrying about a veto.

But whether Democrats, including a small but growing minority of socialist and left-wing lawmakers, would actually use that veto-proof majority to push the centrist Cuomo further left is unclear.

“Cuomo has been working overtime to elect these candidates up-and-down the ballot,” spokesman Rich Azzopardi said. “If he was scared of a veto-proof majority he wouldn’t be doing that.”

Azzopardi said Cuomo looks forward to a bolstered Democratic conference: “We’ve accomplished a lot together for the State of New York and I can’t think of anything the legislature would pass that we wouldn’t sign.”

In some parts of the state, battles between Republicans and Democrats over legislative seats have focused on recent criminal justice reforms that made it easier for defendants to get out of jail while awaiting trial and a debate over whether that had any impact on public safety.

The Legislature and governor rolled back parts of a sweeping 2019 law ending cash bail for most non-violent crimes following outcry from law enforcement groups, but its core provisions remain intact.

In some parts of the state, gun violence increased this year amid the pandemic lockdowns and civil unrest over police brutality.

A political action committee called Safe Together New York, with over $4 million in backing from billionaire cosmetics executive Ronald Lauder, has been supporting Republicans calling for an anti-crime crackdown.

There’s virtually no public polling on legislative races. But it’s clear Republicans in many places face an uphill battle in a state where Democratic voters outnumber them 2 to 1.

Democrats have a registration edge in at least six state senate districts now represented by Republicans who are leaving office.

Republican Sen. Sue Serino faces a costly rematch with Democratic challenger Karen Smythe, who she narrowly defeated in their Hudson Valley district in 2018.

In the Assembly, where Democrats already have a comfortable two-thirds majority, Republicans are hoping to hold on to a seat on Staten Island being given up by Nicole Malliotakis, who is running for Congress. Republican Michael Tannousis, a former prosecutor and aide to Staten Island Borough President, is facing Democrat Brandon Patterson, a former aide for Sen. Diane Savino.

In Manhattan's Upper East Side, a paperwork lapse has forced one comfortably incumbent Democrat, Assemblywoman Rebecca Seawright, to run as a third-party candidate against GOP challenger Louis Puliafito, a doorman. Seawright's campaign said a March illness led to her missing a deadline to run on the Democratic Party ballot line.

Tuesday's election is also high stakes for the Working Families Party — a minor party that has a track record of supporting progressives challenging Democratic incumbents in party primaries. It is in a fight not to lose its place on future election ballots.

With Cuomo's support, a politically appointed commission increased how many votes political parties need to get in an election to qualify for an automatic spot on the ballot in the future. Some saw the increase as revenge on the Working Families Party for not endorsing Cuomo in his 2018 primary.

Past election results suggest the party should earn the needed votes. The threshold is either 130,000 votes or at least 2% of the total vote cast, whichever is higher.

New York lets candidates with endorsements from multiple parties appear on a ballot multiple times. People can vote for their preferred candidates on either a major or a minor party line.

Ocasio-Cortez gave the Working Families Party a shout-out on a widely viewed live-stream where she played the multiplayer videogame “Among Us.”

“You help support infrastructure that helps support other progressive candidates, all the way up and down the ballot," she said last week.

Several progressives who ousted incumbent New York City Democrats in the June primary are expected to win in the general election, including Jessica Gonzalez-Rojas, Jenifer Rajkumar and Phara Forrest.

Any shifts in the balance between centrist Democrats, the party's liberal wing and the Republicans could have an impact next year on proposals to legalize recreational marijuana use, redraw political districts, launch a single-payer healthcare system and raise taxes on the wealthy.