WILMINGTON, Del. - Two women have been arrested in Delaware in connection with a viral video that allegedly showed the suspects ripping up Trump signs and stealing a MAGA hat near the site of Democrat Joe Biden's acceptance speech Thursday. 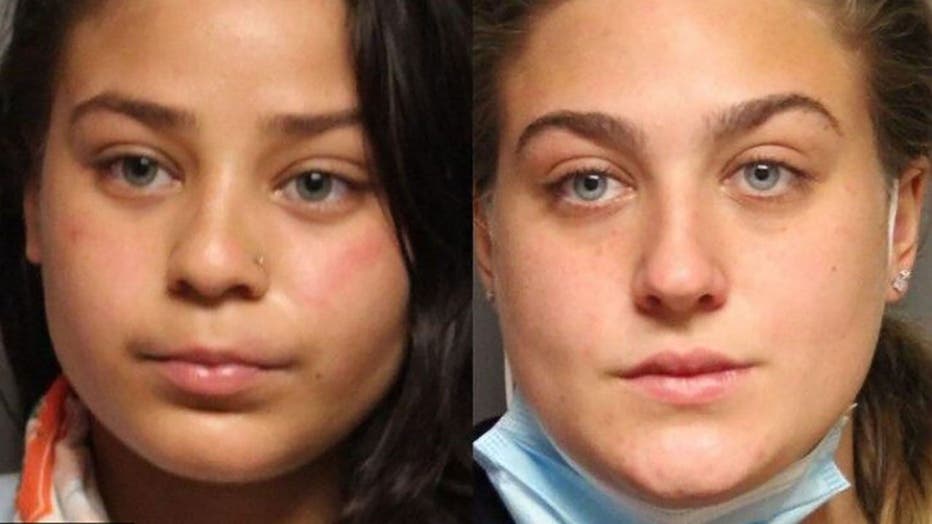 The video also shows a heated confrontation between the suspects and adults coming to the defense of a 7-year-old supporter of President Trump.

The suspects, identified as Olivia Winslow, 21, and Camryn Amy, 21, were arrested by Wilmington police Friday and Saturday and charged with robbery, conspiracy and endangering the welfare of a child, according to Delaware Online. Amy was also charged with offensive touching.

“That’s somebody else’s hat,” the 7-year-old boy is heard saying in the video after the women rip up several Trump signs in the parking lot of the Chase Center in Wilmington, where portions of the Democratic Convention were held.

One of the suspects grabs a Trump hat that was lying on the ground.

“Get your hat back, baby,” an adult is heard saying to the boy as they follow the suspects, demanding the return of the hat.

One of the suspects allegedly punched a man in the face after he joined the mother and son in an attempt to get the hat back, which can be seen in the video.

“You want to sucker-punch me?” the mother yells as one of the suspects throws the hat over a tall fence.

“She came after my son!” the mother alleges. One suspect then appears to approach the mother and attempt to hit her before the video ends.

Winslow and Amy were identified after police reviewed the footage, according to Delaware Online.

The altercation began when Winslow and Amy allegedly started taunting the woman and her son over their Trump signs, one of which was "forcefully” snatched out of her hands by Amy, court documents said, according to Delaware Online.

The incident was the latest of increasing clashes between the left and the right amid racial injustice protests and the nearing presidential election.