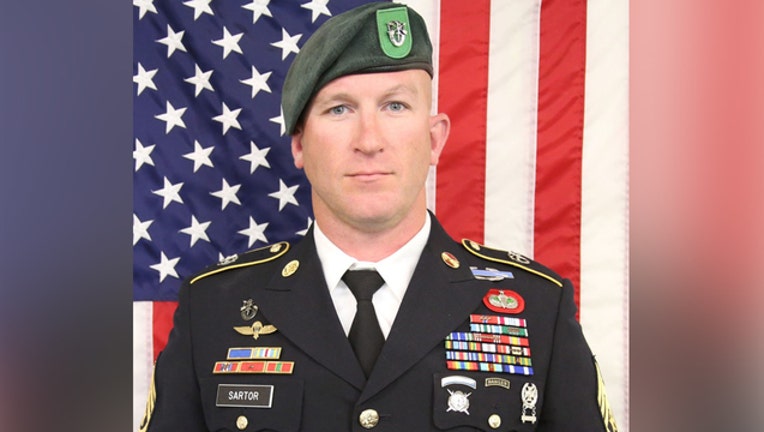 A spokeswoman for the U.S. Army Special Operations Command said in a statement Sunday that 40-year-old James G. "Ryan" Sartor was killed Saturday during combat operations in Faryab Province.

Sartor was from Teague, Texas, and was assigned to the 2nd Battalion, 10th Special Forces Group in Fort Carson, Colorado.

He joined the Army in 2001 as an infantryman and had deployed numerous times to Iraq and Afghanistan. He had received dozens of awards and decorations and will posthumously receive a Purple Heart and Bronze Star.

A statement from the Department of Defense says Sartor was injured by enemy small arms fire. The incident is under investigation.