The driving ban in Buffalo has been lifted after a massive winter storm over the weekend that left more than 36 people dead.

BUFFALO, N.Y. - Roads reopened Thursday in storm-besieged Buffalo as authorities continued searching for people who may have died or are stuck and suffering after last week's blizzard.

At least 40 deaths in western New York, most of them in Buffalo, have been reported from the blizzard that raged across much of the country, with Buffalo in its crosshairs on Friday and Saturday.

Still, Brown urged residents not to drive if they didn’t have to.

The National Guard was going door-to-door to check on people who lost power, and authorities faced the possibility of finding more victims as snow melted amid increasingly mild weather. Buffalo police and officers from other law enforcement agencies also searched for victims, sometimes using officers’ personal snowmobiles, trucks and other equipment. 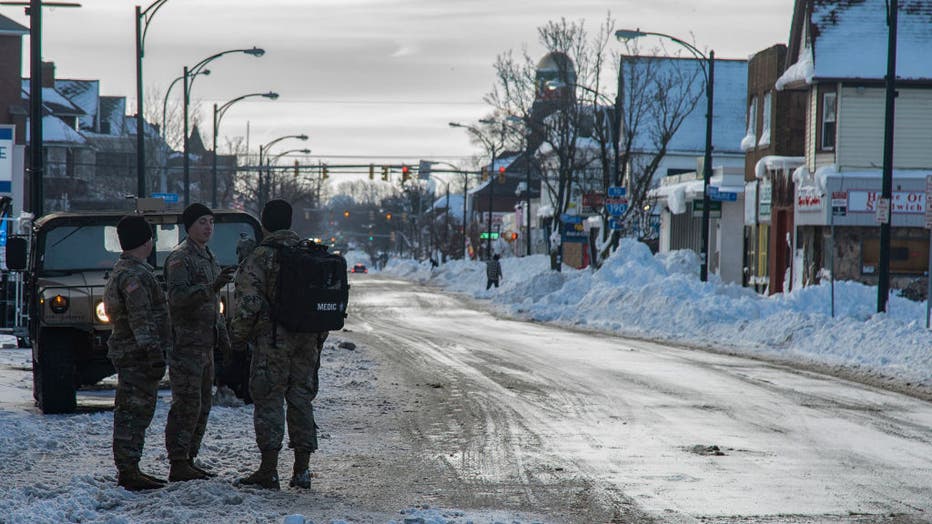 US National Guard assist in recovery efforts after a record winter storm in Buffalo, New York, on December 28, 2022. - The monster storm that killed dozens in the US over the Christmas weekend continued to inflict misery on New York state and air tra

Some victims have yet to be identified, Erie County Executive Mark Poloncarz said at a storm briefing Thursday.

"There are families in this community who still have not been able to identify where a loved one is, they’re missing," he said.

With the death toll already surpassing that of the area's notorious Blizzard of 1977 and rising daily, local officials faced questions about the response to last week's storm. They insisted that they prepared but the weather was extraordinary, even for a region prone to powerful winter storms. 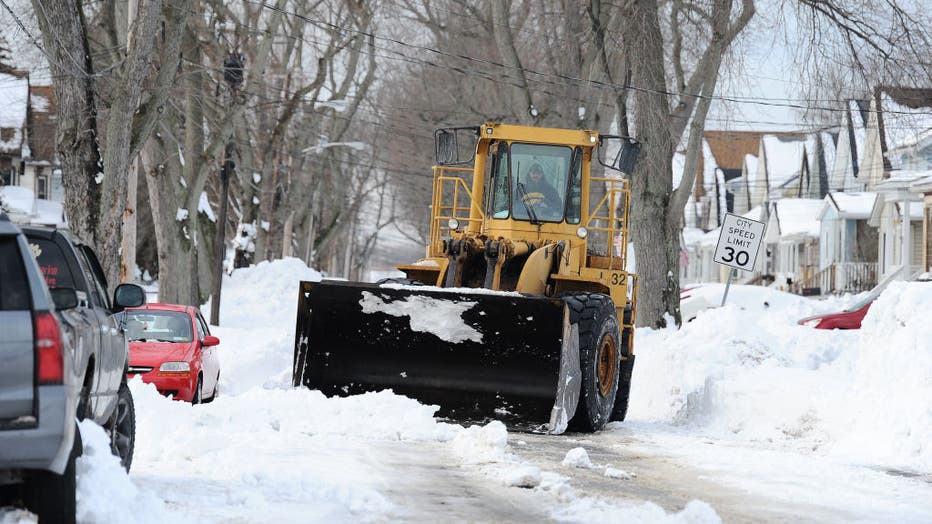 A loader removes snow along Armin Street on December 28, 2022 in Buffalo, New York. The historic Winter Storm Elliott dumped up to four feet of snow on the area leaving thousands without power and thirty confirmed dead in the city of Buffalo and the

"The city did everything that it could under historic blizzard conditions," the mayor, a Democrat, said Wednesday.

Meanwhile, officials watched a forecast that calls for some rain later in the week as snow melts in temperatures approaching or topping 50 degrees (10 Celsius).

The National Weather Service forecast that any flooding would be minor, but state and local officials said they were preparing nonetheless. Gov. Kathy Hochul, a Democrat, said the state was ready to deploy nearly 800,000 sandbags and more than 300 pumps and generators for flooding response efforts if needed. 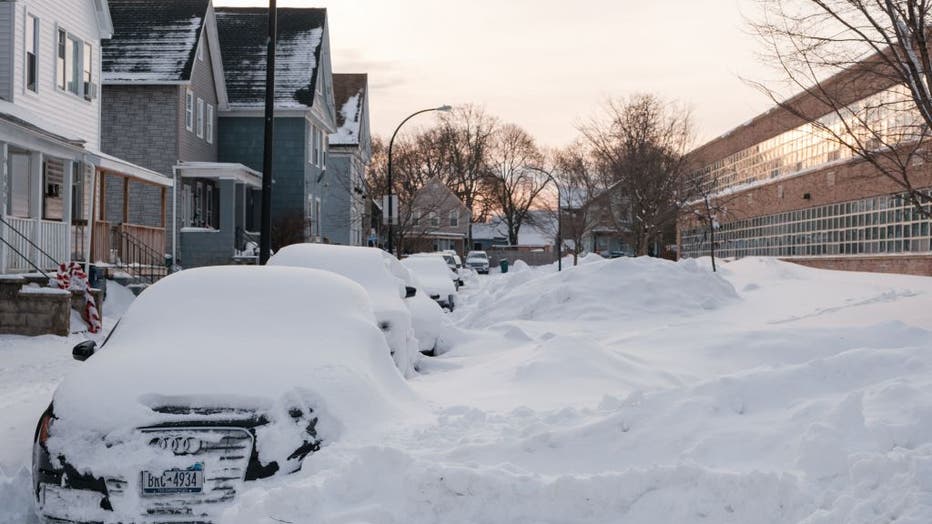 During his briefing, Poloncarz apologized for publicly criticizing the city of Buffalo's snow removal efforts as too slow a day earlier. He said he called and texted Brown but had yet to speak with him.

"We’ve been dealing with much, including the unfolding issues associated with the deaths, the identification of bodies, individuals who have not yet been identified, and new deaths that are coming in that are absolutely heartbreaking," Poloncarz said. "I basically lost my focus." 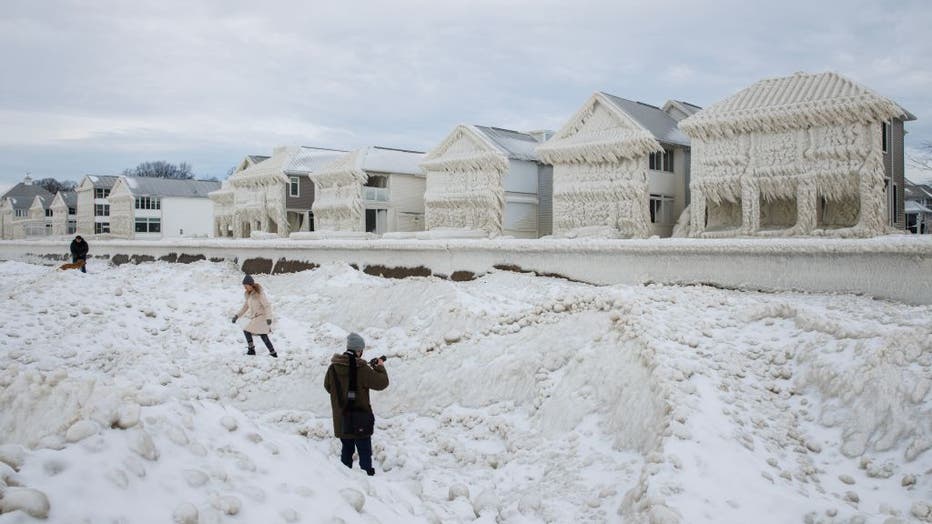 People walk by and photograph homes covered in ice at the waterfront community of Crystal Beach in Fort Erie, Ontario, Canada, on December 28, 2022, following a massive snow storm that knocked out power in the area to thousands of residents. (Photo b

A company that estimates damage from natural disasters said insured losses from the winter storm would be $5.4 billion across 42 states. Karen Clark & Co. said New York, Texas, Georgia, Tennessee and North Carolina sustained the most storm damage, with freezing temperatures, which can result in infrastructure disruptions and burst pipes, accounting for the vast majority of the loss.