At least one person was killed in a fire at the West 110th Street station in Manhattan. (Citizen app)

NEW YORK - The FDNY was investigating the death of man found on the train tracks during a fire inside a subway station in Harlem Friday.

The 36-year-old man was rushed from the West 110th Street Station to Mount Sinai Hospital where he was pronounced dead, according to the FDNY.  Four other people suffered smoke inhalation.

The fire erupted on or near a subway train at about 3:14 a.m. Two trains were evacuated.

The man was discovered by firefighters on the train tracks, according to police.

More than 100 firefighters were called to the scene.  Seventeen people suffered minor injuries including twelve civilians and five firefighters.

"When units arrived on scene they found heavy fire inside the subway station coming from the cars," said Deputy Assistant Chief Fred Shaaf. "There was a heavy smoke condition, limited ventilation, and lots of heat. The fire went to a 2nd alarm which is about 106 members on scene. This was a difficult operation but that's what we do, we overcome and put it out."

Video from Citizen app showed large, black plumes of smoke rising out of the underground station.

Subway service was disrupted on the Number .1, 2, and 3 lines. 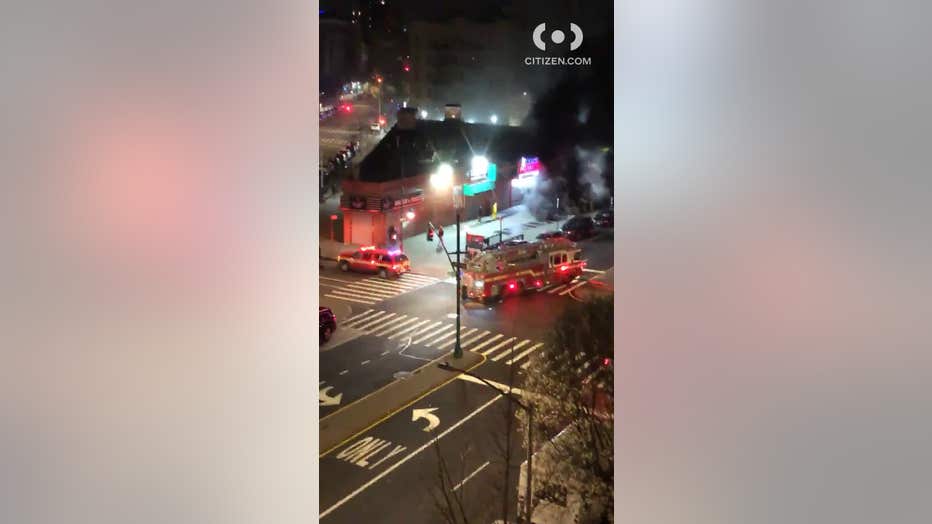 The FDNY tweeted at 5:22 a.m. that the fire was under control.