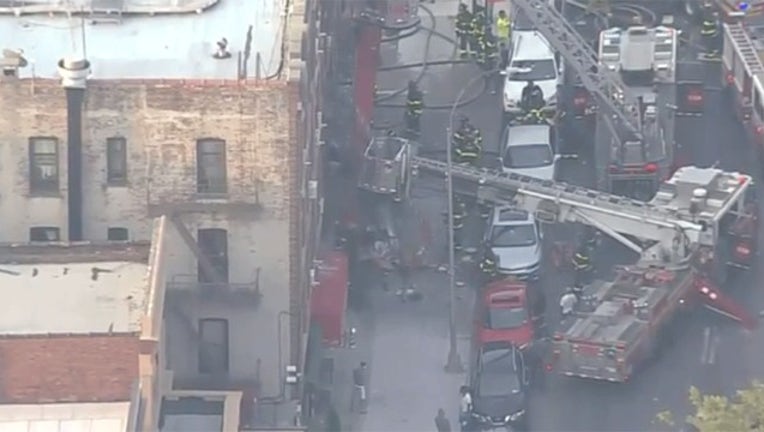 One woman is dead and four people suffered serious injuries after a fire broke out at a building in Crown Heights, Brooklyn housing a deli and apartments. (FOX 5 NY)

NEW YORK (FOX 5 NY) - One woman is dead and four people suffered serious injuries after a fire broke out at a New York City building housing a deli and apartments.

The blaze broke out around 6 a.m. Friday at a building in Brooklyn's Crown Heights neighborhood.

Four other people, including three firefighters, suffered minor injuries. The fire started in a four-story building with a deli on the ground floor and apartments on the upper floors.