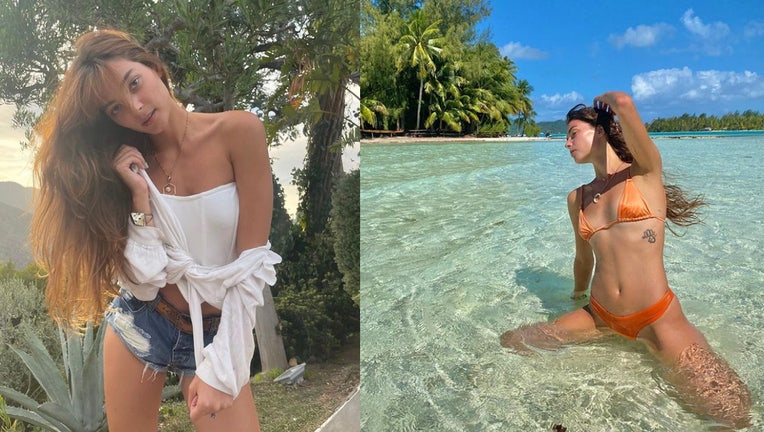 A model was found dead outside an L.A. hospital on Saturday after three unidentified men dumped her lifeless body on the sidewalk after she had apparently been drugged.

Christy Giles, 24, was pronounced dead at Southern California Hospital in Culver City.  Her friend Hilda Marcela Cabrales-Arzola, 26, was left outside a Kaiser Permanente hospital in West LA by the same men two hours after they dumped Giles's body.  Cabrales-Arzola was in critical condition and fighting for her life.

The two women were allegedly drugged when they had gone out for drinks and ended up at a warehouse party.  The pair apparently left the party with men they met and ended up in an apartment in West LA.

12 hours later three men who were wearing black clothes and masks got out of a Prius with no license plates and dropped Christy Giles off on the sidewalk of a hospital. Christy was already lifeless. Two hours later the same vehicle with two masked men dropped her friend, Hilda off at a different hospital.

Family and friends are raising money for private investigators, funeral, and memorial costs through a GoFundMe.

The page states: "Since Saturday we've all received a number of messages from other females who have eerily similar stories, except the only difference between them & Christy and Hilda, is they survived."