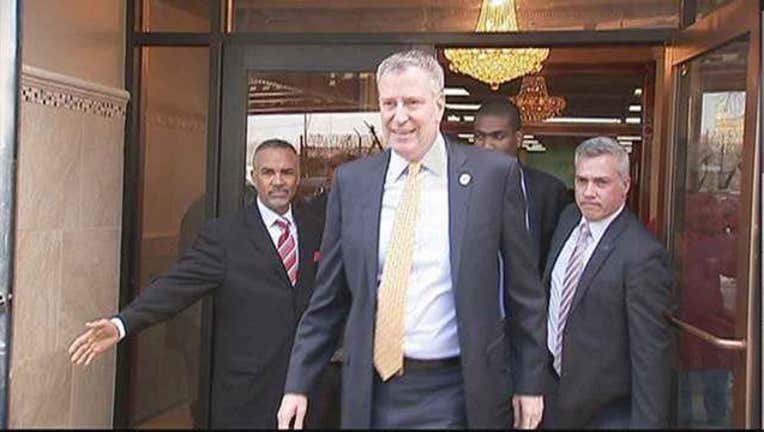 De Blasio, knowing the gym was evacuated following the threat, continued with his plan to exercise there, according to the NY Post.

The threat to the gym on Ninth Street was made over the phone.

"It [the gym] is going to blow up when Mayor de Blasio goes there because he is running for president and he loves black people," a police source told the Post.

Police conducted a sweep and evacuated the less than 100 people who were inside.

De Blasio arrived at the Y at about 8:30 a.m., more than an hour after the threat was made.

The call came from the Upper West Side, possibly Columbus Ave., according to the Post.

"He was on his way when it was called in," mayoral spokeswoman Freddi Goldstein confirmed.