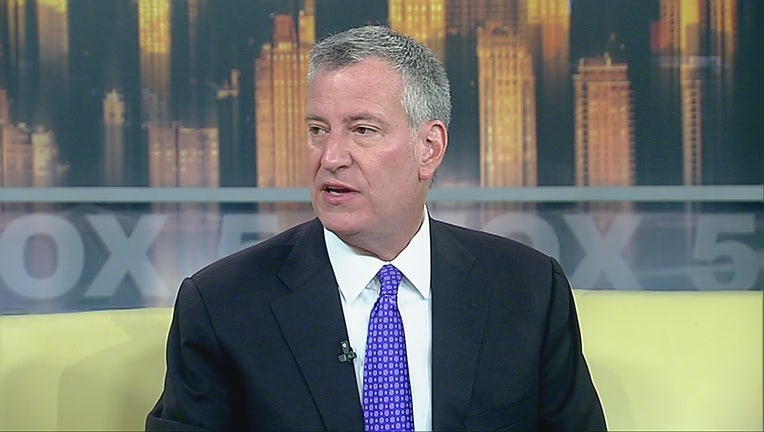 NEW YORK - New York City Mayor Bill de Blasio is one step closer to joining the race for governor of New York after filing paperwork with the Board of Elections to create a fundraising committee.

The Democrat filed paperwork last week to create a committee called New Yorkers for a Fair Future that will allow him to raise funds for a statewide campaign.

De Blasio, whose second and final term as mayor ends Dec. 31, has not formally announced a run for governor but has spoken broadly about wanting to serve New York state.

RELATED:  DE BLASIO DROPS OUT OF RACE FOR PRESIDENT

"I do want to continue in public service. I do want to do more for the people in this city and this state," the mayor said at his virtual news briefing Tuesday.

New York Gov. Kathy Hochul, a Democrat who took over as governor in August after Andrew Cuomo resigned amid a sexual harassment scandal, announced that she will run for a full term in 2022. State Attorney General Letitia James is also running for the Democratic nomination.

De Blasio, 60, ran for the Democratic presidential nomination in 2020 but failed to break out of a crowded field.

The city's Department of Investigation has issued a report critical of how Mayor Bill de Blasio has used his NYPD security detail. The mayor defended his actions.