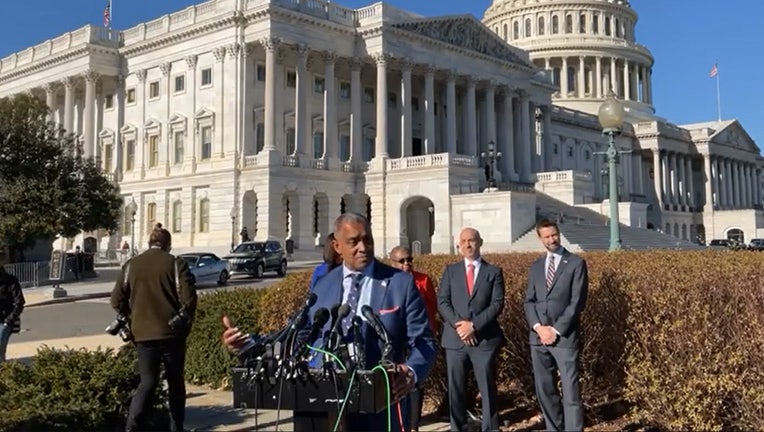 WASHINGTON - District of Columbia Attorney General Karl Racine said the local government will file a civil lawsuit against the Proud Boys, the Oath Keepers, and others they claim are responsible for the Jan. 6th U.S. Capitol riot.

"They caused extensive damage to the District, our democracy and particularly the brave men and women of our Metropolitan Police Department," Racine said.

The lawsuit is being filed in federal court to recover millions of dollars the city spent to repel the people who breached the Capitol.

Racine made the announcement Tuesday at the U.S. Capitol complex. He said the lawsuit will be filed to bring "accountability, deterrence, restitution and justice" to those impacted.

It is the first civil lawsuit by a government entity against the Jan 6 insurrectionists, according to Racine.

Racine said his office will seek to impose severe financial penalties on the organizations and individuals responsible.

"As for Donald Trump," Racine said.  "We are not afraid to sue."

On January 6, 2021, violent protesters loyal to President Donald Trump stormed the U.S. Capitol in an attempt to keep Congress from certifying Democrat Joe Biden as the winner of the presidential election.

The hordes of rioters and protesters that converged on the U.S. Capitol on Jan. 6 included the pro-Trump, far-right, anti-government Oath Keepers and Three Percenters, a loose network of anti-government militias.