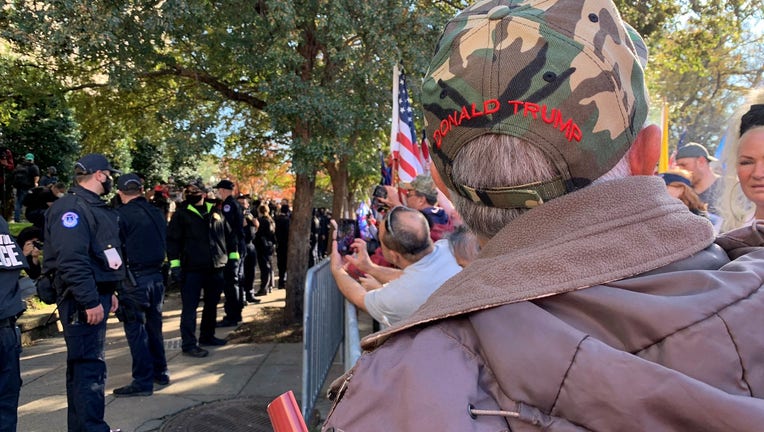 Police released their preliminary arrest total at 4:23 p.m. They will release a final tally Sunday morning.

So far the arrests include:

Today's rally is meant to show support for President Trump, who has refused to concede this month's election despite his defeat in the Electoral College.

The president thanked his supporters by waving to them from his presidential motorcade Saturday morning. He then played a round of golf at his club in Sterling, Va.

RELATED: Trump putting democracy to the test after his loss to Biden (AP)