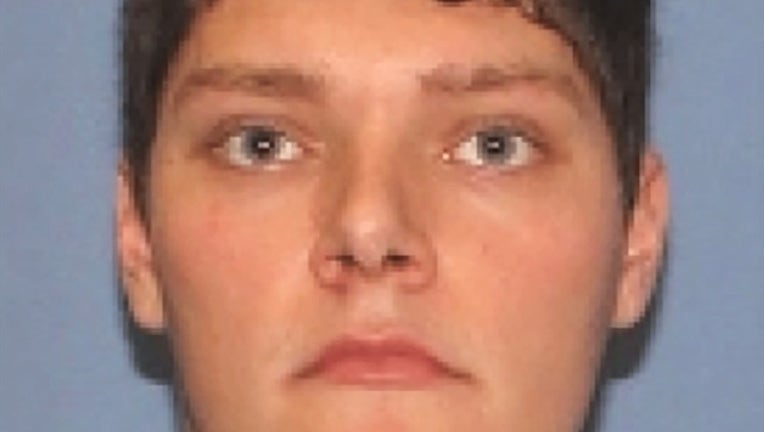 DAYTON, Ohio (AP) -- As authorities in Ohio try to pin down a motive for the weekend's second U.S. mass shooting and dig into the slain shooter's life, what they find might also help answer another big question looming over the tragedy: What, if anything, could have stopped it?

Police say the gunman was wearing a mask and body armor when he shot and killed his younger sister and eight others after the pair had arrived together with a friend earlier Saturday evening at a popular entertainment district packed with people.

It all happened within 30 seconds, before police officers stationed nearby shot and killed 24-year-old Connor Betts, who was armed with a .223-caliber rifle, said Dayton Police Chief Richard Biehl. He said the gun was modified, and that level of weaponry he had is "fundamentally problematic." If all of the magazines Betts had were full -- which hasn't been confirmed -- he would have had a maximum of 250 rounds, including loose rounds, Biehl said.

What's not known is whether Betts targeted any of the victims, including his 22-year-old sister, Megan, the youngest of the dead.

"It seems to just defy believability he would shoot his own sister, but it's also hard to believe that he didn't recognize it was his sister, so we just don't know," Biehl said.

While the gunman was white and six of the nine killed were black, police said the quickness of the rampage made any discrimination in the shooting seem unlikely.

Any attempt to suggest a motive so early in the investigation would be irresponsible, the police chief said. Dayton Fire Chief Jeffrey Payne said at least 14 more people suffered gunshot wounds, and 11 people remained hospitalized Tuesday.

Others suffered non-firearm injuries as people fled. Surveillance video shared by police showed officers shot Betts at the doorstep of further destruction, stopping him from entering a bar where some people took cover when the chaos broke out around 1 a.m. Sunday in Dayton's historic Oregon District.

Had he gotten inside the bar, the result would have been "catastrophic," Biehl said. Anthony Reynolds, 31, said the first gunshot "was kind of an echo because of the buildings. Then it was rapid, rapid. People were just falling." Ohio Gov. Mike DeWine visited the scene Sunday and said policymakers must now consider: "Is there anything we can do in the future to make sure something like this does not happen?"

But hours later hundreds of people, mostly young adults, stood shoulder-to shoulder Sunday night at a vigil and vented their frustration at the Republican governor, interrupting him with chants of "Make a change!" and "Do something!" as he talked about the victims. "People are angry, and they're upset. They should be," said Jennifer Alfrey, 24, of Middletown, who added that she didn't agree with interrupting the vigil but understood why so many did. Mayor Nan Whaley, a Democrat, said there would be time later for dealing with policy issues and implored the crowd to honor the victims.

Whaley noted at a news conference that the city was still recovering from tornadoes that swept through western Ohio in late May, destroying or damaging hundreds of homes and businesses. "What really goes through my mind is one seems completely preventable," she said. "When is enough enough?" Ohio's two U.S. senators visited the scene of the mass shooting.

Democratic Sen. Sherrod Brown said responding with thoughts and prayers is not enough and stronger gun safety laws are needed. Republican Sen. Rob Portman said the discussion must include not just policy changes, but issues such as mental health support. Police have said there was nothing in Betts' background that would have prevented him from buying the rifle used in the shooting.

They said they also found a shotgun in his car. Authorities identified the other dead as Monica Brickhouse, 39; Nicholas Cumer, 25; Derrick Fudge, 57; Thomas McNichols, 25; Lois Oglesby, 27; Saeed Saleh, 38; Logan Turner, 30; and Beatrice N. Warren-Curtis, 36. At least 15 people known to have been treated for injuries had been released, according to city officials. Some suffered multiple gunshot wounds and others were injured as they fled, hospital officials said.

Conflicting accounts of the shooter have emerged.

To some, Betts was known as a friendly guy who sometimes stopped for a beer or two at a bar southeast of Dayton in Bellbrook, a short drive from his home. Bartender Andy Baker said Betts was at Romer's Bar & Grill last Monday and seemed fine.

Fellow customer Mike Kern said he sometimes played trivia at Romer's with Betts, who was good for answers about current events and pop culture and was "the kind of kid you'd want as a son." "I never heard him talk about violence, say a racist word, or anything like that," Kern said.

But high school classmates said he was suspended for compiling a "hit list" of those he wanted to kill and a "rape list" of girls he wanted to sexually assault. Both former classmates told The Associated Press that Betts was suspended during their junior year at suburban Bellbrook High School after a hit list was found scrawled in a school bathroom.

That followed an earlier suspension after Betts came to school with a list of female students he wanted to sexually assault, according to the two classmates, a man and a woman who are both now 24 and spoke on condition of anonymity out of concern they might face harassment.

A former cheerleader, the woman said she didn't really know Betts and was surprised when a police officer called her cellphone during her freshman year to tell her that her name was included on a list of potential targets.

"The officer said he wouldn't be at school for a while," she said. "But after some time passed he was back, walking the halls. They didn't give us any warning that he was returning to school."

Bellbrook-Sugarcreek Schools officials declined to comment on those accounts, only confirming that Betts attended schools in the district.

Bellbrook Police Chief Doug Doherty said he and his officers had no previous contact with Betts and weren't aware of any history of violence, including during high school.

Betts had no apparent criminal record as an adult. If he had been charged as a juvenile, that would typically be sealed under state law.

The Ohio shooting came hours after a young man opened fire in a crowded El Paso, Texas, shopping area, leaving 21 dead and more than two dozen injured. Just days before, on July 28, a 19-year-old shot and killed three people, including two children, at the Gilroy Garlic Festival in Northern California.

Sunday's shooting in Dayton is the 22nd mass killing of 2019 in the U.S., according to the AP/USA Today/Northeastern University mass murder database that tracks homicides where four or more people were killed -- not including the offender.

The 20 mass killings in the U.S. in 2019 that preceded this weekend claimed 96 lives. President Donald Trump claimed Monday he wanted Washington to "come together" on legislation providing "strong background checks" for gun users, but he provided no details and previous gun control measures have languished in the Republican-controlled Senate.

Trump, who will make remarks to the nation later Monday, tweeted about the weekend shootings: "We can never forget them, and those many who came before them."

The Democrat-led House has passed a gun control bill that includes fixes to the nation's firearm background check system, but it has languished in the Senate. Trump suggested that a background check bill could be paired with his long-sought effort to toughen the nation's immigration system. He didn't say how.