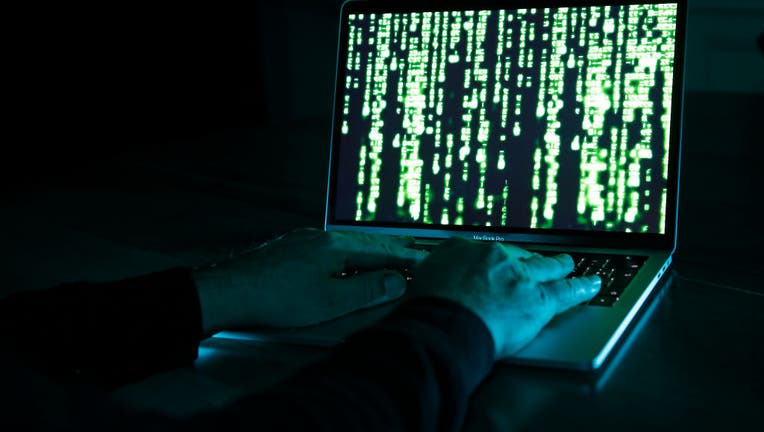 In this photo illustration, a hacker with an Anonymous mask on his face and a hood on his head uses a computer. (Photo by Chesnot/Getty Images) (Getty Images)

A cyberattack caused “a significant and ongoing system-wide network issue” for the University of Vermont Health Network, affecting its six hospitals in Vermont and New York, officials said Thursday.

The network is working with the FBI and the Vermont Department of Public Safety on the investigation, said spokesman Neal Goswami in a text.

“We expect that it will take some time to restore and we are working as quickly as possible to return to normal operations,” he said. The attack has had variable impacts on the network's affiliates with some changes made to patient appointments, Goswami said.

The FBI and two federal agencies warned in an alert Wednesday that they had “credible information of an increased and imminent cybercrime threat to U.S. hospitals and healthcare providers.”

UVM Medical Center was rescheduling some elective procedures and hoped to resume those procedures on Friday, Goswami said. Patients may experience delays at Central Vermont Medical Center in Berlin and Champlain Valley Physicians Hospital in Plattsburgh, New York, he said. And patients of physician practices at Elizabethtown Community Hospital in Elizabethtown, New York, may experience slight delays, he said.

“Our staff is following well-practiced standby procedures to ensure safe patient care," he said. “We apologize to our patients who have been affected by this situation.”

The Vermont Department of Health said it was working with the state Emergency Operations Center “to provide support for operations that impact patient care services, including testing and reporting of laboratory results.” State health officials were also monitoring

We are working in coordination with the State Emergency Operations Center to provide support for operations that impact patient care services, including testing and reporting of laboratory results. State health officials are also closely following the Health Network’s efforts to ensure patient transfer and related equipment operations.

COVID-19 testing and reporting is our first priority. Vermonters can continue to receive COVID-19 testing through Health Department-led clinics. However, results reported through the UVMMC system will be impacted. The Health Department Laboratory is stepping up to fill gaps, and we are contacting our other lab partners for options to ensure that testing and reporting of results can continue smoothly.

If you are looking for hospital specific information, please reach out to your hospital’s main phone lines to request assistance.

In upstate New York, St. Lawrence Health System said it detected a cyberattack early Tuesday morning on three of its hospitals from a virus identified as a new variant of the ransomware Ryuk.

“The security measures implemented immediately made it possible to contain the virus and protect our patients and staff,” chief information officer Lyndon Allen said in a release.

Officials said no patient or employee data appears to have been accessed or compromised at its Canton-Potsdam, Gouverneur or Massena hospitals.

Officials said there were no ambulance diversions Wednesday. A spokesperson for St. Lawrence said they were continuing to restore computer systems Thursday.

St. Lawrence said it immediately provided information to the FBI, Department of Homeland Security and other authorities.