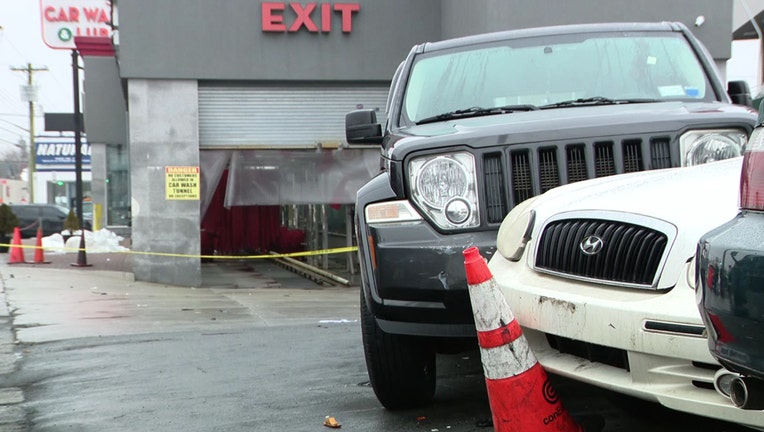 A woman was killed in an accident at a Queens car wash. (FOX 5 NY)

NEW YORK - A 54-year-old woman was killed in a freak accident at a Queens car wash on Monday afternoon.

It happened just before 2 p.m. at the Crossbay Car Wash and Lube on Cross Bay Blvd. in the Ozone Park neighborhood.  The woman was apparently waiting for her car to be finished cleaning when she was killed.

A car wash employee was reportedly driving a Jeep Liberty SUV and hit her while pulling out of the car wash.  The Jeep then hit another car in the parking lot.

The woman was taken to Jamaica Hospital but it was too late to save her life.  Her name was not immediately released.

A man who works at the car wash was taken into custody by the NYPD.  Edwin Vargas, 43, was charged with manslaughter and drunken driving. 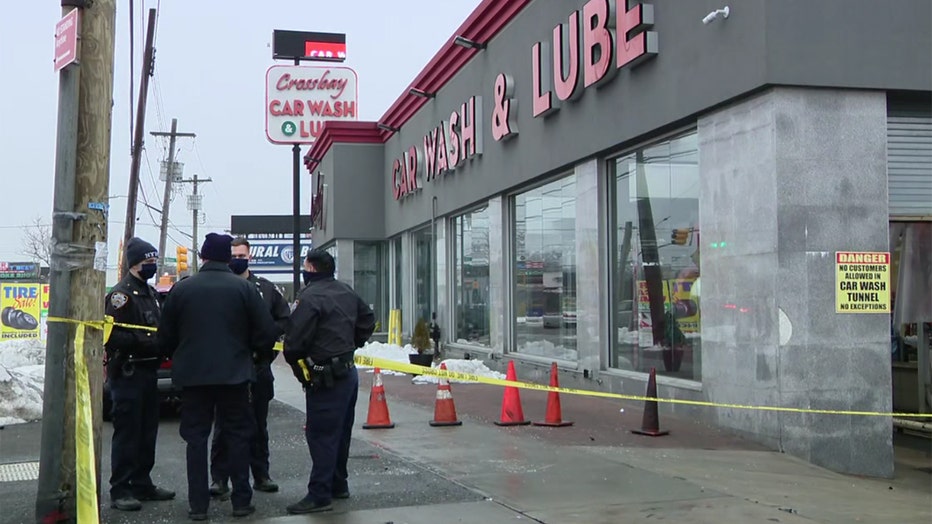 A woman was killed in an accident at a Queens car wash. (FOX 5 NY)