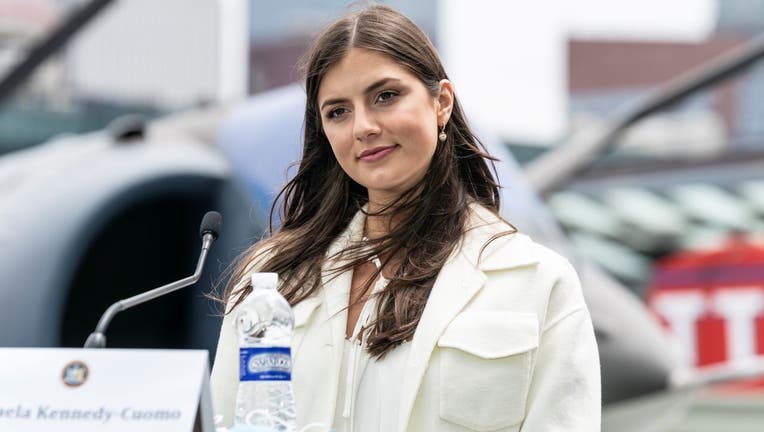 ALBANY, N.Y. (AP) - Michaela Kennedy-Cuomo, the daughter of New York's governor, used a social media post Thursday to share her "queer" identity and call for allies to speak up against homophobia.

"To those who are contending with the compulsive heterosexuality our society force feeds us and innate attraction beyond cis het folks, please know that you are not alone," the 23-year-old wrote on Instagram. "Today, I stand in my queer identity with pride, and in memory of those who came before me. I stand indebted to the activists who fought for my right to love and happiness."

Kennedy-Cuomo has often used her social media accounts to advocate for the LGBTQ community, including those affected by sexual assault.

She has also shared pictures of herself at Pride marches with family members including Gov. Andrew Cuomo, a Democrat who pushed for the successful passage of same-sex marriage legislation in the state 2011.

"I love, support and couldn’t have more pride in Michaela," Cuomo said in a statement.

June is Pride Month in New York and elsewhere, with events scheduled throughout the month to commemorate the 1969 Stonewall rebellion.

Kennedy-Cuomo is the governor’s youngest of three daughters that he has with ex-wife Kerry Kennedy.

In her Instagram post Thursday, Kennedy-Cuomo said filtering programs on social media platforms have at times made it harder to find content with key words such as "lesbian and bi."

Without such "censorship," she wrote: "maybe I could have accessed the information and tools that as a bisexual person I would need to protect myself from increased rates of sexual victimization, homelessness, hunger, unemployment, hate crimes, and mental health challenges."

Kennedy-Cuomo urged people who need help with issues around their sexuality to reach out to the Trevor Project, a national group providing crisis intervention and suicide prevention services to LGBTQ youth.